On Thursday, a New South Wales governmental regulator confirmed the Independent Liquor and Gaming Authority were investigating an inquiry in relation to the operators of Crown Resorts, of which could now lead to Australia’s gambling laws being revised entirely, and also jeopardize the company’s license to operate a $2b AUD casino on the famous Sydney Harbor Bridge. 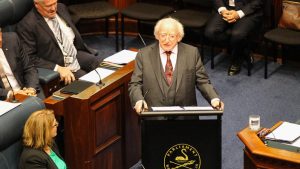 The Crown’s most prolific shareholder, James Packer sold 20% of his stake in the business to head of Melco Resorts and Entertainment, Lawrence Ho in recent months. This adds another factor to the investigation where the Hong Kong billionaire may have already breached the group’s license for the casino undergoing construction in Bangaroo, Sydney.

Judge Patricia Bergin will be heading the investigation into both casino operators, and cited that if either are not deemed fit to retain the license in Bangaroo, she would need to conclude “what, if any, changes would be required to render those persons suitable”.

Other Operators May Suffer

Adversaries of the casino, including the Star, are also keeping a watchful eye on the progress of the inquiry. With the state’s gambling landscape heading for a rapid expansion, Bergin confirmed that her report will determine whether the licensing laws in NWS will need to be revised as well. A move which could highly affect all gambling operators in the region. 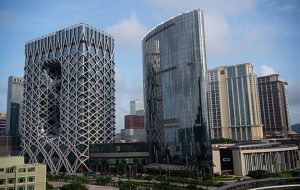 Packer has proposed the plans for the high-rollers casino back in 2012, and has allegedly passed on 10% of his stake to Ho already, however, the remaining 10% will remain on hold until the inquiry into the 2 casino moguls reaches a conclusion, and the mandatory approval from authorities in Western Australia and the state of Victoria is received.

On top of the inquiry, Bergin has also been asked to investigate allegations published by 2 of the country’s media outlets; Nine newspaper and the TV show 60 Minutes. Both of whom have claimed the Crown or “agents, affiliates or subsidiaries engaged in money laundering; breached gambling laws; and partnered with junket operators with links to drug traffickers, money launderers, human traffickers and organized crime groups”.

Bergin will also decide whether or not the Mr. Ho and others will be eligible as partners of the Crown casino as an outcome of the sale. She will need to establish if these “have any business association with any person, body or association who is not of good repute, having regard to character, honesty, integrity, or has undesirable or unsatisfactory financial sources”.

Blood is Thicker than Water

Lawrence Ho’s father Stanley Ho, other members of the Ho family and their associates are already excluded from any involvement with the Bangaroo casino. The Melco founder has already been lambasted heavily for his links to triad organized crime rings, but has continuously denied these claims.

The Crown is currently reviewing their own terms of reference after Bergin’s investigation was announced earlier this week. Both Ho and Packer are said to have put their $1.75b share in the backburner until the 3 states in the country approve the casino handover. The first half of the shares exchanged at the beginning of June, with the second half due to go through on September 30. At the time, Melco claimed that it “does not require regulatory approval to be consummated”. 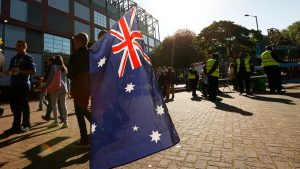 Despite company faith, the sale agreement now dictates that the 3 Australian states will need to need to provide a written statement that says Melco “is a suitable person to be associated with the management of a casino, each such notification being unconditional, or on conditions acceptable to the buyer acting reasonably”.

The Gambling and Liquor Regulation has told the state government that they will require additional time frames to complete the review of the allegations put forward in the media.