Gambling is Massachusetts hit record numbers last year. The state took in nearly $500 million in revenue from gambling in 2017. The money went a long way toward promoting social programs. One of the largest contributors to the social programs in Massachusetts was lottery tickets. Lottery ticket sales alone totaled more than $5 billion in 2017. In addition, the lottery took in $997 million in profits during the fiscal year. This was the second highest in the history of the lottery.

The State of Gambling in Massachusetts

Massachusetts has several gambling laws on the books, and most are in favor of gambling. Massachusetts has both horse racing and dog racing at three live race tracks: Plainridge, Suffolk Downs, and Wonderland Greyhound Park. These parks also allow pari-mutuel betting. In addition to greyhound and horse racing, patrons can visit tribal casinos and privately owned casinos. Casino cruises, which take people from specific areas to international waters to gamble, are also popular. In addition to an active lottery corporation, Massachusetts also has regulations that allow for charitable bingo games.

The Lottery System in Massachusetts

Lotteries have existed in Massachusetts since colonial times. The colony used the lottery ticket proceedings to pay for materials and supplies used during a war. War lotteries funded Massachusetts’ role in King George’s War, The French and Indian War, and the Revolutionary War. Massachusetts has scratch-off tickets, as well as printed tickets for the Massachusetts state lottery. It also participates in multistate lotteries, such as Powerball and Mega Millions.

The Benefits of the Lottery System and the Public 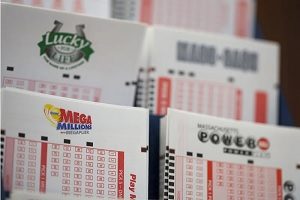 The state’s lottery ticket system gives money to cities and towns for their budgets. Many cities and towns use the proceeds to fix potholes and make other street repairs. They also use the money to hire additional firefighters and public safety officers in police departments. The increase in the number of police officers and firefighters means insurance rates for the community will decrease.

The Massachusetts legislature, known as the General Court, uses a local aid formula to distribute lottery revenue to communities. It determines how much money each area gets by looking at the population and value of the homes. The communities decide for themselves how to spend the money. For example, some communities use the money to build parks and trail systems. Communities have also used the money to build a wastewater treatment plant in a former industrialized area. The goal was to clean up the waste.

Surprisingly, the revenue from the lottery was lower than expected. The 2017 fiscal revenue was more than $1 billion, which was a little less in the 2018 fiscal year. The reason some experts give for the slip in profits is because of the record amount paid out to winners. The amount totaled more than $3.89 billion. The amount winners receive depended on the prize schedule they choose or the prize rate of the players.