Police arrested a man in Nevada earlier this month for looking for the buried treasure of a long-deceased gambler. The story has enough twists and turns to qualify as a thriller — or a comedy. 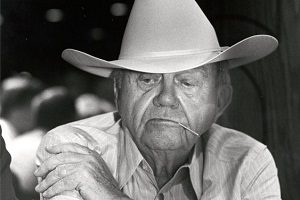 The Binion family name in Las Vegas is legendary. The patriarch of the family, Benny Binion, started the legend. Binion, a native of Texas, had a long criminal and gambling history. He began gambling during trips across Texas with his father. He had a hand in illegal gambling and moonshine. The court convicted him of murder twice. Eventually, Binion grew tired of Texas, and he decided to try to seek out his fortune in Nevada.

Benny Binion was the creator of the modern Las Vegas casino. Before Binion opened his first casino in the 1950s, casinos operated like the saloons of the 19th century. There was sawdust on the floor. Casinos had country-western themes. Binion offered a level of sophistication at his casinos not seen before in Las Vegas. The casinos eventually became known as Horseshoe Casinos. The empire, run by his sons, Jack and Ted, flourished for a while across the United States. Casino gambling started to surge in the 1990s.

The Tale of Ted Binion 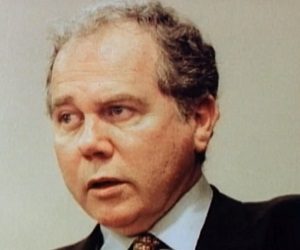 Ted and his brother, Jack, inherited their father’s business. While Jack was the businessman and still works in gaming today, Ted was different. He had ongoing issues with drugs. He was also associated with organized crime figures. These two issues led to Ted losing his gambling license and being banned from owning casinos in 1996.

Ted died in 1998 under suspicious circumstances. It was widely suspected his girlfriend, a former Vegas showgirl, and her lover conspired to kill him. The court convicted them of murder. However, a new trial acquitted them. Before Ted died, he had started to bury his wealth in various locations. In fact, he paid to have a vault made on his property in Pahrump, about 70 miles from Las Vegas. Police later arrested the man who helped Binion put between $7 million and $14 million in silver into the vault. Authorities charged him and his girlfriend for the murder of Ted. They recovered the silver in the vault. However, there is wide speculation Ted might have millions more buried around his former property.

The Nye County Sheriff’s Office arrested a 56-year-old man for the second time earlier in April. The authorities charged Richard Cleaves with burglary, conspiracy to commit grand larceny, and destruction of property. In 2017, police also arrested Cleaves for trying to find treasure on the property owned by Ted Binion. At that time, Ted Binion had been dead for 20 years. However, Ted still has the reputation for hiding his treasure. This is especially true since no trace of the Ted money has ever been found. Cleaves had previously worked on the property, which a long-time area resident purchased in 2016. In 2017, the owner banned Cleaves from the property.

Cleaves said he’s convinced there is something on the property. And, he’s not alone. The rumors of Binion’s millions still circulate freely on the Internet. While Cleaves is the most recent person arrested, he isn’t the only one. The new owners of Binion’s property keep a property manager on-site. They hired the manager partially to keep up the property but, also, to watch for diggers. It was the property manager who called the sheriff to report Cleaves’ digging adventure. Binion’s millions — if they are there — are still undiscovered.