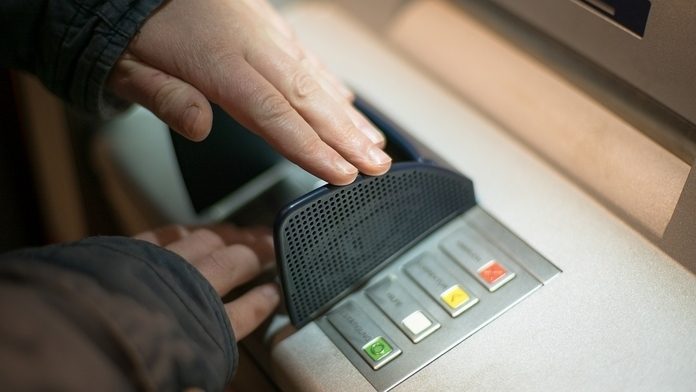 One man has proven that no good deed goes unpunished. A Scottish man immediately won $70,000 after returning some money he came across while using an ATM.

Colin Banks, was at a store when he saw $42 sitting near an ATM. Banks did something that many people would not think of doing. He told the clerk at the store about the lost cash because he felt the rightful owner could possibly return in search of his or her money. Banks’ daughter, Zoe, was also there. She says the clerk was quite appreciative of Banks’ honesty. She tells The Sun that good things are coming to them because of the good deed they had done.

“They saw what was happening and actually said good things were coming our way because we had done the right thing,” Zoe Banks said.

Right after he gave the money to the clerk, Banks decided to try his luck at a little sports betting in a nearby shop. It was there he would win an amount of money that he would never see coming. After only placing a bet of $1.84, Banks won almost $70,000. The game, known as Lucky 15, is a virtual horse-racing game, which is just like a slot machine. As it turned out, Banks’ odds were 372,000 to 1, and he had beaten the nearly impossible odds. He adds he could not believe after playing for months he won this time with such a small wager.

“I have been having a go on virtual racing for six months,” says Banks. “It is amazing really to win so much from just” a $1.84 bet.

The store manager was also beyond surprised. It had been a long time since the establishment had such a big win. However, he said he had never witnessed a win this large.

“Congratulations on emptying my pocket so quickly with such a tiny stake,” Fred Done said. “This was one of the biggest virtual horse-racing wins in our 50-year history.”

Plans for the Money

Banks, who works in the construction industry, plans to share the money with his family. He plans to use some of the money to buy a vehicle. Ultimately, he knows the reason it came to him was because he lives by an age-old motto.

“They say honesty is the best policy, and it certainly was for me,” Banks said.

“I suppose one good turn deserves another.”

Usually, if you are going to win big on a small wager, slot machines typically yield better chances of big results. For instance, one woman from San Antonio won $1.3 million from a $1 slot machine in Las Vegas. Last November, a man placed a $3 wager on the Twin Fire Quick Hot Spot machine at the Seminole Hard Rock in Hollywood, Fla., and won a whopping $2.3 million.

While the chances are usually greater with slot machines, Banks’ story, as well as another man in London who won a large sum on a small bet, give people hope for better chances when it comes to virtual horse race machines. The anonymous man, who lives in London, won $291,000 from a $21 wager. This man, much like Banks, had played before and won, but never expected such a huge win.

“I’ve had a couple of four-figure wins in the past, but I never expected this,” he said. “I’m going to chill out over the next few days and think about how to spend the money.” He ultimately decided to invest in a “vintage sports car” and was also exploring the option of paying off his mortgage.