In October 2018, it was reported that sports betting, huge money deal and gambling were occurring at Memphis Light Gas and Water (MLGW). This facility is not a place where these occurrences should be taking place. Sam Barnett, a former employee of MLGW, stated that the corporation was like a miniature casino. 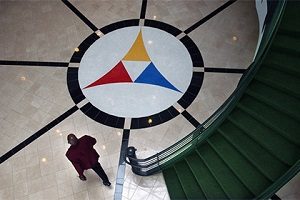 Barnett has a lot to say about what he referred to as a gambling ring that will run by a MLGW general foreman. The gambling allegedly took place at the corporation’s South Center location.

Barnett also says there was a secret location within the building where employees engaged in gambling. He shares that “the catch was you have to knock three or four times and then go in there. That was their code when they were gambling.” Barnett was a crew leader in the water division for MLGW for nearly 23 years. He told WREG about the gambling setup, which sounded similar to loan sharking. The arrangement offered gamers loans at an extremely high-interest rate.

The former MLGW employee also asserts that the general foreman had his “own casino, and he would get a cut on everything.” Barnett gave the example that if he got $1,000 the foreman would charge 50 cents on the dollar, which would result in $1,500. He also shared that the foreman was burning and selling illegal tapes and CDs from the MLGW office. Employees were also involved in football betting, which generated more money.

Barnett told WREG that employees would have a Super Bowl pool. The pot was $20,000, but the foreman got a cut for creating the sheets, which means he would get $10,000. Barnett shared that he decided to blow the whistle on the operation when MLGW workers were spending a significant amount of their paychecks to gamblers. The gamers ended up owing the foreman large sums of money.

Although the Human Resources department of the corporation made promises to stop the gambling ring, the gaming continued. Barnett even met with the president of MLGW, J.T. Young. Young promised to investigate the gambling ring. 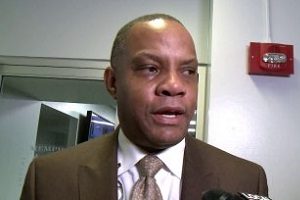 Three months after Sam Barnett met with Young, Barnett was suspended and fired. His firing happened about a year after he exposed the gambling ring. The IBEW Union is supporting Barnett and says that his firing was retaliation.

Bill Hawkins, who is with the IBEW Union states that “we find it suspicious that Mr. Barnett would be terminated for what they claimed were performance issues.” Hawkins pointed out that MLGW only began looking at Barnett’s performance after he revealed that the illegal gambling ring was going on at the South Service Center.

The IBEW Union also shares that 12 other employees were planning to come forward in a hearing to confirm the claims. However, only three employees ended up participating in the hearing. This provided further proof that employees were penalized for sharing information about underground gaming activity. According to Hawkins, “the other people that wouldn’t testify told us, I am scared for my job. I am scared something is going to happen to me.”

WREG tried to get MLGW to respond to the illegal gambling claims for months. Employee files were also requested for review. In response to the investigations, an invoice was given to WREG to see the employee files under a Freedom of Information Act request, which would cost $780. MLGW eventually sent a written reprimand issued to David Suggars, the general foreman who was head of the gambling ring.

The reprimand stated that there wasn’t enough evidence to support the allegations against Suggars. However, Suggars did admit to coordinating a football pool and taking money from employees who worked under him.