The National Health Service (NHS) in the United Kingdom, has issued its overall assessment of the health and social welfare of its citizens. It has stated that it is concerned with the level of gambling in the country, especially among its younger citizens.  The NHS has criticized the Premier League football teams for their part in the amount of gambling in the country, especially with sports books.

The Position of the NHS

The chief executive of the NHS Simon Stevens has labeled compulsive gambling as a health threat. He has warned the government that the overstretched health service does not have the capacity to handle all of the mental health needs that may arise from problem gambling. The NHS believes that in particular, foreign gambling entities and sportsbooks are not contributing to the NHS through tax revenues. Instead gambling entities are exacerbating the mental health challenges within the country.

In particular, the NHS is calling out the betting companies who support Premier League Clubs. They are required to pay into a fund to aid addiction and mental health for UK citizens,  but they have not.

Problem Gaming in the UK 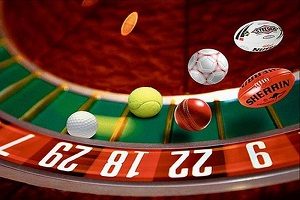 An estimated 2% of the gaming population have a gambling addiction, and approximately 5% more are problem gamblers. NHS research indicates that there is a link between those gamblers with a gambling addiction and mental health problems. The gambling addicted experience higher levels of stress, depression, anxiety, and other addictions, including alcoholism and drug abuse. The NHS research also says that two-thirds of problem gamers worsen with time. The NHS doesn’t offer treatment by specialists so the gamblers are left to fend for themselves.

Other Countries’ Response to Advertising and Sport Gaming

Other countries are taking action by banning the advertisement of sports teams.  For example, Australia has banned all advertising on television during live sporting events from five in the morning until after 10 p.m. Italy has banned all advertising on television for any sports team, as well. Other countries in Europe, including the United Kingdom, have considered legal restrictions on sports gaming and team sponsorship as well as advertising. This would mean that sportsbooks might not be able to put their logos on team gear, at the stadium, or on travel equipment for the team.

Meanwhile, the NHS is working to ensure that sportsbooks operating in the UK contribute to a public health fund aiding the gambling addicted. Australia has been using a point of consumption tax for foreign gaming companies, in part to fund social service programs within their states. Other countries within the EU have also been considering funding to aid mental health programs. Some provinces in Canada as well as those in the United States also have requirements for taxation of gaming companies to pay for social services.