Betting is common in Sunday night NFL games. Some bets are more lucrative than others and wagers are made at sportsbooks all around the country. Once the games are close to an end on Sunday evening, reporters often contact bookmakers to see how they fared throughout the day. Some facilities get lots of betting action, while others don’t get many worthwhile wagers. However, betting was pretty low overall for more bookmakers during the week of November 4. One bettor, who is a regular on the sports betting scene in Vegas, was dejected, stating that he’d have to explain the poor results to his boss the following day.

Usually, there’s lots of positive and upbeat talk about betting. Bookmakers and bettors don’t normally share the details of the bets and how successful the wagers were. The reports aren’t often able to get any official data concerning the bets. However, the bets for the first week in November were so bad, that people are sharing more information due to their shock and disappointment.

The Culture of Sharing Betting Results 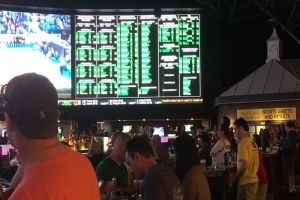 Several bookmakers like to appear modest when they win big. They’ll say things like “people lost a lot of money today,” which was the prevailing answer during the first week of the 2014 season. Bookmakers responded to betting questions with phrases like this to avoid appearing as though they were taunting those who bet against the wrong team. However, when the bookmakers take a huge loss, they use more direct terms like “disaster” or “crushed” to describe the betting. Bookmakers generally want to make sure that they don’t come across as whiny to the public. However, a number of individuals on social media don’t feel sorry for bookmakers when they sustain significant losses.

Over the years, bookmakers have either downplayed their profits or exaggerated their losses. In the last ten years, the betting calls usually match the monthly revenue that has been released by the Nevada Gaming Control. If betting trends continue in this direction for the rest of the month, November could be a very expensive month for bookmakers.

What Professionals Are Saying 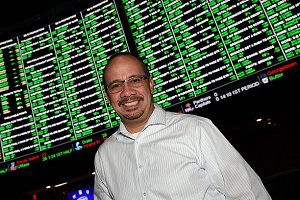 A Caesars Palace sportsbook manager shared that November 4th’s betting outcomes were “less than ideal.” The manager also stated that it’s unclear where the outcomes will be classified on Caesars all-time list, but it’s one of the worst NFL Sundays for betting in quite some time. SuperBook head Jay Kornegay also stated that the recent betting weekend was the worse he remembers since 2012. Kornegay also told ESPN that what happened the week of November was unlike anything he’d ever seen in his 26 years in the business.

Despite the unfortunate week in sports betting recently, sportsbooks will start to see improvements as soon as this week. Sportsbooks saw an average win of $10 per week during September. This was the most profitable month in history for Nevada’s sportsbooks.

For the NFL, the books indicated that people might have had better odds betting on underdog teams like the Cleveland Browns, the Baltimore Ravens, and the Detroit Lions. However, all these teams caused bettors to lose their wages.

In terms of college football, Alabama was 9-0 against the spread in the first half of the football season. This betting trend became more popular. Crimson Tide had a 7.5-point advantage over LSU during the first half and gained a 16-0 lead by halftime. SuperBook director John Murray stated that more people bought tickets for LSU, but the team still took a substantial loss.

For baseball, the Hollywood Casino, located in the Charles Town region in West Virginia had $550,000 for early liability for the upcoming season. The casino’s executive, Erich Zimny, shared with ESPN that a bettor placed a bet of $20,000 wager on the Washington Nationals to win the National League with 11-1 odds. There was also a $15,000 wager on the Nationals to become the World Series champions at 22-1 odds.