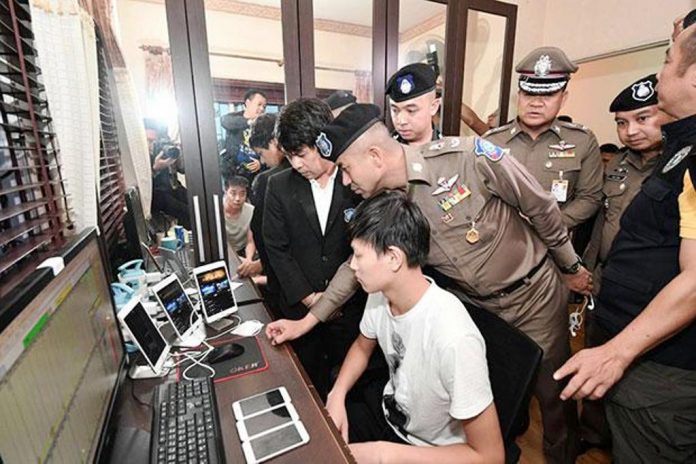 The 19 Chinese citizens entered Thailand on tourist visas and immediately set up shop in the CC Condo in Pattaya. Police reported that their suspicions were aroused when large numbers of Chinese tourists were seen congregating around 3 rooms in the condominium.

The raid was a joint effort between Chonburi provincial police officers and immigration police, and officers entered the condo on a Pattaya court search warrant. Officers discovered that 8 million baht ($260,000) was circulated daily during the online betting scheme. The individuals were arrested for working illegally, and were reportedly paid around 40,000 baht per month.

According to Pattaya police, the suspects were hired by a gambling boss in China and tasked with running the illegal gambling operation in Thailand. 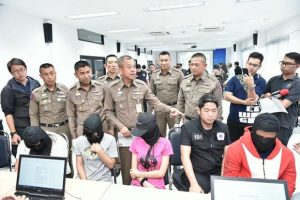 The suspects admitted to their crimes, which included working for a ‘Chinese businessman’ back in China. The guilty parties were deported and blacklisted from visiting Thailand. In the same week, Vietnam deported 35 Chinese nationals for the same crimes in their country. Once again, they noticed them ‘congregating’ in ways unusual for tourists.

In addition to the recent arrests of Chinese nationals operating illegal online gambling shops, 24 Malaysians were recently arrested for similar crimes. All forms of gambling are illegal in Thailand, but neighboring Cambodia has recently legalized gambling, resulting in a flood of Chinese gambling tourism in the region.

We think it’s safe to say at this point that Chinese people really love to gamble. It’s too bad their conservative government bans gambling. But thankfully, Chinese SAR territories like Macau and Hong Kong are happy to allow gambling in all its glory.

However, Macau and Hong Kong are mostly for high rollers on VIP junket tours. So what does a broke-yet-enthusiastic Chinese gambler looking for action do? They could slum it in Sihanoukville, but they would be taking their chances with the riff raff. For Chinese gamblers who don’t like being kidnapped, beaten, or thrown out of moving vehicles by Chinese triad gang members, a safe bet is to gamble online.

But listen up, Chinese gamblers: there are many reputable online casinos out there, why would you pick a dodgy online operation run out of a hotel room in a country primarily known for spicy food and sex tourism? Maybe some of the 19 arrested in Pattaya had some uncanny Web Fu skills, and were able to portray a humble hotel room as a Viva Las Vegas high roller suite. But do some research, first, we beg you!

And some advice to Chinese nationals who run illegal online casinos: hey, try to fit in, will you? You telegraphed your movements by your ‘congregating’ in hotel rooms. Tourists go out. They drink the snake venom shots. They run around naked on the beach, and wind up in shacks for one-night stands on the bad side of town (so we’ve heard). Because all work and no play makes Jack a dull boy.