In the continuing investigation of the British Columbia’s River Rock Casino and their possible involvement in money-laundering of currency from overseas, most likely from drug gangs in China and Japan at the casino. Documents state that casino workers tried to warn managers that other employees were shredding documents detailing large cash transactions, especially those from the VIP gaming rooms. The VIP gaming rooms have been the focus of an investigation for the last two years. 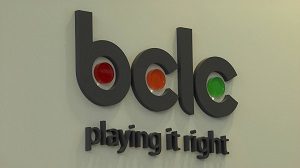 Thanks to an inquiry from a local newspaper, the government was made aware of issues with document shredding through transcripts of a meeting between executives at River Rock Casino’s parenting company Great Canadian. At the meeting, executives were discussing the warning from managers about document-shredding by employees of the VIP gaming room to hide their suspicious transactions. By failing to keep documentation of the large-scale transactions, the employees were not in compliance with government regulations.

The BC Lottery corporation has stated that the anti-money laundering regulations are important to combat terrorist financing, drugs and gangs, as well as personal privacy. The Lottery corporation also said that if it could pin down which employees were shredding documents, they would be subject to termination, and possible criminal charges. Officials confirm that large amounts of cash were brought into the airport at Vancouver, taken to the casino, and then cash was carried back out of the casino to go back overseas. This is how the cash that left the casino becomes untraceable or “clean”.

In their investigation, the British Columbia government has discovered there was a method to the cash transactions delivery at River Rock Casino. Employees were shredding paper records of cash transactions that were large in scope, but just below the $10,000 limit that must be reported to the financial agency Fintrac. The regulation from Fintrac stated that if all combined transactions from one gamer over a 24-hour-period total $10,000 or larger, they have to be reported. Because the documents were shredded, these suspicious currency transactions were not recorded by Fintrac. This is important, because if a gamer buys casino chips with $9500 in cash at 4 in the morning, and then contributes an additional $9000 at 5 in the morning, the gamer is already over the combined $10,000 transaction limit, and their transactions should be reported. In fact, the evidence states that $18,500 the gambler changed over from cash to chips was most likely never reported to the money-laundering watchdogs.

The money-laundering issues are merely the tip of the iceberg where the casino is concerned. The VIP room has also been accused of allowing its clients to engage in inappropriate or illegal behavior, especially where female employees are concerned. One female employee reported that a male gamer sexually assaulted her in the VIP room and the matter was hushed up by the casino. In addition, gamblers were allowed to far exceed their limits, and bring large amounts of cash into the room without documentation. VIP gamblers were also allowed to tip employees over the $500 per hour tip limit, which meant that in some cases, employees looked the other way while gamers committed crimes.