Kentucky has been known for decades as the horse racing capital of the United States. However, it has not been considered a gaming venue. Although the state allows horse racing and betting, and has racing slots, there has been no real expansion of gambling. However, that has not stopped interested parties, especially in sports gaming, from trying to change the minds of legislators.

How Much Gambling is in Kentucky? 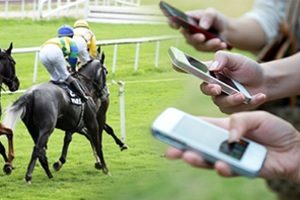 Kentucky has had horse racing since the 18th century when people came to the state from Europe and other colonies. Harness races were popular, and horse tracks were set up for people to race horses and watch horse racing. The state began to build tracks for people to watch and bet on races. Racing became so popular that they were standing room only on the weekends, even during the Great Depression.

While horse racing and betting on horse racing have been popular pastimes in Kentucky, other forms of gambling aren’t legal. Casinos in Kentucky are almost always located at race tracks, and they do not offer traditional games. These games include poker and table games. Instead, they offer a version of sports betting on old horse races in a format that resembles a slot machine.

The Attraction of Sports Betting 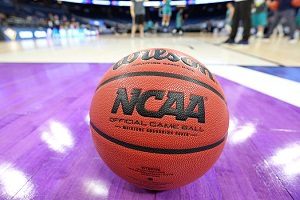 Gaming companies, the state government, and the public are not all that interested in casino gambling in the state. However, all these entities have an interest in another form of gambling. Sports betting has gained a following in Kentucky. Kentucky and its citizens are in love with NCAA basketball. There is so much interest in basketball that it is all state residents talk about for six months. Office pools begin early, and the NCAA tournament is a must-watch on TV. It makes sense because the Kentucky Wildcats have been the most successful team in the history of NCAA basketball. Kentucky leads the nation both in terms of winning percentage and in terms of the number of victories. This is more than any other team in the country.

This year, in addition to basketball, football has also gained a following. The University of Kentucky has a winning record and is playing well. This means that the Wildcat sports fans are watching and betting on Kentucky football and basketball from September through mid-March. Because people in the Bluegrass State are so crazy about sports, the chances of sportsbooks getting legalized are very good.

In preparation for the state’s upcoming legislative session, lobbyists for the nation’s professional sports organizations plan to meet with legislators. Representatives from the NFL, the NBA, MLB, and the PGA Tour have all registered to lobby senators and representatives about sports gambling.

Legislators appear far more likely to discuss sports gambling than they are to discuss casino gambling. A legislator proposed a bill in January that would have allowed sports betting in the state. However, committee members put a hold on it and it never made it to the floor. The legislators said they expect to introduce the sportsbook legislation again this year. The expectations that it may pass this time are higher.