Texas is the second largest state in the United States. Only Alaska is larger. In terms of land area, the state is massive. It takes 22 hours to drive across Texas. It takes almost as long to drive from the northern part of Texas to the southern part. Texas is also second in population only to California. There are 28 million people living in Texas. The state’s sheer size and its number of residents make it difficult to police.

Because Texas is so big, it is often the stage for large illegal gambling enterprises. 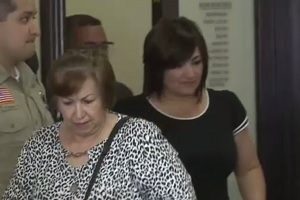 The Villarreal family has lived in West Texas for decades. They are a part of the old Texas. This means their family has lived on ranches and raised cattle. The family owned three little shops in the Zapata and Laredo areas. Police arrested them in January 2018. Police received a tip about the family’s involvement in illegal gambling and began a nine-month investigation. The police raided the three businesses in the Laredo area, as well as the house of the matriarch, Hilda Villarreal. Police seized $140,000 in cash from the three businesses and $1.5 million from Villarreal’s home.

In all, police officers found close to $2 million at the locations. They found money in safes, lockers, boxes, furniture, and PVC pipes. The large amount of cash seized led to a long legal fight between the family and state and federal governments. As part of the plea deal, the family gave up the fight to keep the seized money.

The family’s three small stores were home to slot machines, as well as some table games, such as poker. The “maquinitas” are only a small part of the criminal organization of the family, according to police. In fact, there is an FBI investigation into the family. The agency believes the family has an important part to play with regard to drugs and crime in the area. The family may face additional federal charges. The FBI has taken over the jurisdiction of the $1.8 million in property and cash taken from Villarreal’s home.

The family had an extensive gambling operation in Laredo. Police found all the components to make and fabricate gaming machines from scratch. The family was able to modify existing machines or make new ones. Officials seized more than 545 gambling machines. 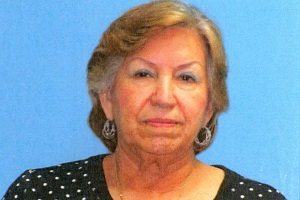 Hilda Villarreal and several members of her family pleaded guilty to various charges earlier this month in Laredo. Villarreal, her sons, Raul and Ruben; her daughter, Rebecca; and her grandson, Rene, pleaded guilty to money laundering. They also pleaded guilty to keeping a place of gambling, as well as gambling promotion. Prosecutors have requested each of the family members serve a year in jail and 10 years of probation. The court will sentence the family members at the end of May. The consensus is that a year will be the most the family serves in prison on these charges. However, the FBI is continuing its investigation. It is possible the family might face additional charges, especially under the RICO Act (Racketeer Influenced and Corrupt Organizations).