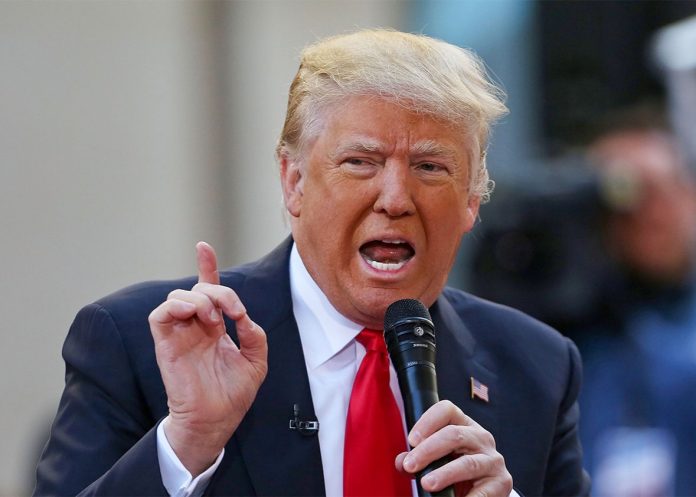 Just when you thought the U.S. political circus couldn’t get any weirder, Trumpo the Clown has declared that he is considering pardoning himself for his role in inciting the Capitol riot.

The U.S. Constitution grants presidents the power to grant pardons to whomever they choose. Usually, a departing president uses this power to release prisoners who have served most of their prison sentences, or those who may have been given overly harsh sentences.

But there is no legal precedent for a president to pardon himself. Until now. At a rally, Trump encouraged a mob of his rabid followers to march on the Capitol, saying “You’ll never take back our country with weakness, you have to show strength and you have to be strong.” He told them to “fight like hell” and “take back our country.” 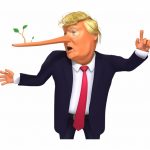 A short time later, an angry mob attacked the State Capitol building, stormed the gates, and unleashed the carnage we all watched with shock and amazement. The resulting mayhem left several dead.

When political leaders accused Trump of inciting the riot and seditious behavior, he tweeted in his usual predictable manner: “I have the absolute right to PARDON myself, but why would I do that when I have done nothing wrong?”

The Ego Has Landed

Cries for Trump’s immediate removal were heard across the nation, and some politicians wanted to invoke the 25th Amendment to remove Trump in the last weeks of his reign. The 25th calls for the cabinet to declare the sitting president unfit to perform his duties due to mental or physical incapacity. The vice president would take over in such a case.

“The quickest and most effective way — it can be done today — to remove this president from office would be for the Vice President to immediately invoke the 25th Amendment,” Senate Minority Leader Chuck Schumer explained in a statement. “If the Vice President and the Cabinet refuse to stand up, Congress should reconvene to impeach the president.”

But in a demented cartoon world where Trump believes he has absolute power, what are the odds of Trump being removed?

According to the political research group PredictIt, trading on a Trump self-pardon rose from 35 cents per share yesterday to 60 cents today.

Political bettors believe that the odds of a 25th Amendment removal are slim to none, with a 78% chance of Trump completing his first term, which ends on January 20. PredictIt “Yes” shares of Trump being impeached again are at 72 cents.

Trump’s false accusations of a stolen election have resulted in an ultra-right-wing faction of ne’er-do-wells willing to take up violence as a means of political protest. Trump has molly-coddled white supremacists, fueled the anger of the far right with racist rhetoric, and did everything but lead them by the hand up the Capitol steps to riot.

Now, Trump is walking back his statements while simultaneously preparing to pardon himself for any past and future crimes.