The United States was once thought to be a fairly stable gaming locale. At first, there were only two real locations for gambling: Las Vegas and Atlantic City. Since the 1990s, however, the number of states that have legalized gambling has grown. There are now 48 states that currently allow some form of gaming. Because so many states now allow gambling, it is no surprise that revenue from commercial gaming has grown. The revenue is more than $40 billion for the first time in 2017. More than $9 billion of the $40 billion was in tax revenue alone. This figure, according to experts, represents the tip of the iceberg.

Where is Gambling Doing Well? 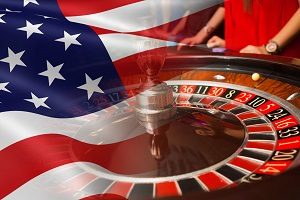 The $40 billion in revenue, including the $9 billion in tax revenue, represents a 3 percent increase in overall revenue. It also represents a 3 percent revenue increase from taxes. Of the 24 states that had commercial casinos, 20 had gains over the previous years. The experts attributed the increase in these states to three things. These include trends in their economies, growth in the number of jobs in the state, and a stable company ownership. However, four states were not so lucky, largely because of increased competition in the area.

In Maryland, revenue grew 34 percent from the previous year, largely because of the opening of new properties. New York also had an increase of 16 percent because three new commercial properties opened there last year. These two states saw a huge uptick in attendance. The reason was not just because the casinos were new. The states also had good economies with massive job growth.

Where Gambling is Not Doing So Well

There are some states that have casino gaming that are not doing as well as other states. Casino revenue fell more than 5 percent in West Virginia because the state is facing increased competition from nearby states. Both Pennsylvania and Maryland have new casinos and are close to the Mountain State. They appeared to contribute to the decline of West Virginia’s casinos. In addition to West Virginia, New Mexico also saw its casino revenue drop by more than 2 percent. This was largely because of an energy industry slowdown in the state in 2017.

Variations in the Study

The study only looked at casino gaming. It did not account for revenue from horse racing, bingo parlors, or any type of online gaming. However, the study noted many states had major shifts to their gaming landscape during the 2017 year and into 2018. The study also noted the revenue in some states would be higher because the number of casinos was higher. The states with the highest number of casinos include Nevada, Oklahoma, South Dakota, New Mexico, and Montana. While this list looks a little strange, the number of casinos is per capita. The states with the smallest revenue had few or no casinos at all. These include Arkansas, Georgia, Hawaii, Kentucky, New Hampshire, and South Carolina.

The study noted that the landscape for gambling had a seismic shift in 2018. The U.S. Supreme Court ruled the federal law that prohibited gambling was unconstitutional. Because of the ruling, each state could decide for itself whether to allow sports gaming. This means states that experienced little growth in 2017, such as West Virginia, may see increased casino growth this year. West Virginia’s legislators have already started to adopt laws to legalize sportsbooks, which means it has kept pace with Pennsylvania. Maryland may find itself on the outside looking in if it does not pass a law legalizing sportsbooks.