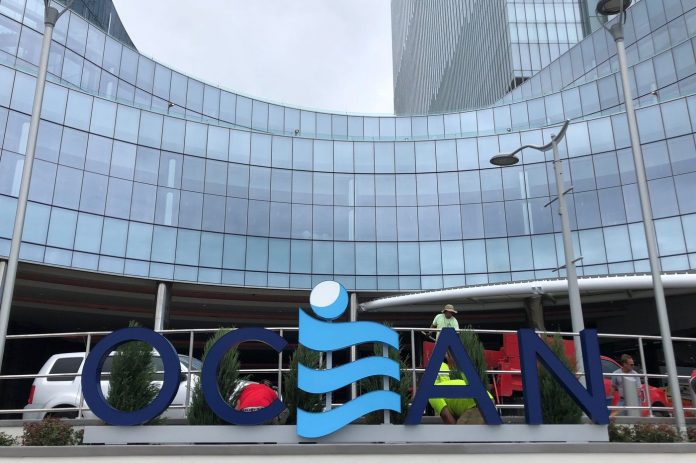 The Ocean Resort Casino in Atlantic City has had a rough run since opening in 2012 as Revel. Despite undergoing several changes in ownership, the new Luxor Capital takeover is showing marked improvement. Eric Matejevich, the divestiture trustee overseeing the Ocean Resort Casino until the new owners take over, says the once-struggling property is already starting to show a turnaround.

Built in 2012 for $2.4 billion as Revel, it never came close to showing a profit. After 2 bankruptcies and a shutdown in 2014, new owners are confident in the new Ocean Resort Casino’s return to profitability.

Previous owners have struggled to turn the ailing resort around, and the most recent owner was forced to resell the resort due to the property’s insolvency. One previous owner, Florida developer Glenn Straub, held the property for 3 years but never reopened it. Instead, he sold it to Colorado developer Bruce Deifik in January 2018—for a profit. Mr. Straub was the only owner who managed to see a profit from the casino, but only after sitting on the property and flipping it for a profit.

Recent owner Bruce Deifik reopened the property shortly after purchasing it, but it never showed a profit, and by September 2018, it was hemorrhaging cash. The shutdown was required due to state-imposed casino liquid cash laws, which require each casino to have a minimum of $36 million in cash on hand at all times. The casino was not able to maintain the minimum cash requirement, so it was once again shut down, and later sold to its new owners.

Part of the new marketing strategy stresses customer value and a new business philosophy. Previous owners advertised the property as a resort that just happened to offer gambling. “We view ourselves as a great casino property with beautiful resort amenities,” Matejevich said Wednesday. The reversal of the slogan to emphasize the great casino experience seems to be working.

Previous owners Revel Entertainment touted the casino as a swanky playground for Wall Street types, but that group never showed up. The new owners emphasize affordability and a great casino experience, opting to reach out to the average casino-goer. With so much competition among luxury casinos, the new owners plan to walk a fine line between luxury and value, hoping to better match the current economic climate in the U.S.

In addition to a new slogan and brand image, Luxor has already supplied the casino with a large cash infusion, which has met the minimum hard cash requirement. The investment group also plans to pump $70 million into the property.

Matejevich said the casino is already showing significant improvements in business levels, even during the slowest period of the year. “We have a parent company that is a very significant New York fund that is committed to the asset,” Matejevich reported.

Atlantic City has undergone many boom and bust periods since its heyday during the ‘Boardwalk Empire’ period of Prohibition. With the recent recession and closure of several prime AC properties, including Trump Taj Mahal, Atlantic City is in great need of a turnaround. Experts say that Atlantic City needs to follow the example of Las Vegas, which now offers fantastic attractions, celebrities, and top-notch entertainment and dining options in addition to gambling.

The casino resort industry will need to up its game to keep Atlantic City from degrading into a slum. The city needs to offer a wide variety of business options in addition to casinos which barely prop up a sagging local economy.

Hope for a Bright Future

In recent years, Atlantic City has tried to reinvent itself in the face of tough competition. The gambling industry in the U.S. is booming, as tribal casinos open regularly and online casinos offer cheap alternatives to casino tourism. The Hard Rock Café group bought and refurbished the Trump Taj Mahal, which is already starting to show the new face of AC.

With the addition of online gambling in New Jersey, Atlantic City is poised for a rebound. Amid current investments in brick-and-mortar and online casinos, the East Coast gambling hub is optimistic for a full recovery and a bright future.