Casinos are classified as establishments where individuals can participate in numerous forms of gaming and gambling. The casino industry generates lots of revenue from these recreational activities. Casinos from around the world yielded about $115 billion in 2016, and it was predicted that the profits would reach $130 billion by 2019. Social casino gamers are also becoming more popular. It is estimated that the market for global social casinos would increase by $3.2 billion in 2018, which is an increase from $31.8 billion the year before.

Revenue trends in casinos have changed over time, and there are several factors that have led to these trends. Learning which activities interest gamers and which gamers want to play games that make them feel nostalgic could help casino owners to attract more tourists on a regular basis.

A History of Vegas Gaming 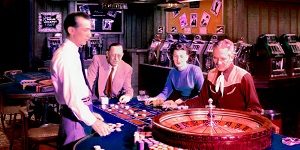 From the years 1864 to 1931, gaming was a large part of the culture in Nevada, even when the region wasn’t officially a state. Prospectors used to travel to the area to look for gold in the Sierra Nevada and brought their gambling games to the area. in the 1860s, however, President Lincoln appointed James Nye, and governor of the Nevada Territory, to take a stand against gambling and wanted the local government to prohibit all games of chance. So, in 1861, the legislature in the Nevada territory started to enforce harsh penalties for citizens who were participating in or facilitating gambling games. The enforcement of this rules was not very effective, however, and in 1864 when Nevada officially became a state, the first local government tried to make gambling legal and regulate gaming activities. The initial attempts of the legislature were not successful, but a compromise was reached. The penalties for gambling were reduced; players weren’t punished at all and gaming operators weren’t punished severely.

The Nevada State Legislature became successful in decriminalizing some forms of gambling in 1869. The gaming laws in the state underwent more changes in 1909 when the Progressive Movement was successful in passing laws that would ban almost all games of chance in the state. In the few years that would follow, laws surrounding gambling became more lenient. This means that some social games and nickel slot machines that gave out prizes like cigars, drinks and payouts of $2 or less were permitted. By 1919, all counties and cities in Nevada had licensed card rooms that allowed social games like whist and bridge. In the 1920s, Reno was the gambling capital of Nevada. The city has both card rooms that were legal and facilities that offered illegal gambling activities.

When the Great Depression started, Nevada finally settled its stance on gambling. In 1931, Phil Tobin, who was a freshman Nevada State Assemblyman introduced Assembly Bin 98, and this made it possible to gamble in the open. In March of that year, the bill was made into a law by Fred Balzar, who was the governor at the time. This made several games legal, which meant that illegal betting and small card games could be played in public places instead of alleys and secret locations. The legislation from this era led to the rise of the gambling industry and the modern casino that we associate with Las Vegas today.

The Influence of the Gaming Industry Still Has Major Impact

The expansion of casinos in Las Vegas and all over the United States has a significant impact on the gaming landscape. It’s also becoming a trend for younger people to visit casinos looking for new social forms of entertainment instead of traditional card or table games. Casino owners and operators who haven’t started to accept this trend are starting to suffer, since it’s becoming more difficult to entice and retain potential customers.

However, there’s still time for many of the casinos around the country to appeal to a younger demographic. Atlantic City is an example of this, since the city has seen about a third of its casinos suffer during the last ten years. Atlantic City was once the gambling mecca of the east coast and is trying to renew itself by focusing more on e-sports, games that are based on skill and video games instead of traditional casino games. Family entertainment is also becoming more popular in the area, since more people are starting to engage in activities that are ideal for people of all ages.

According to Howard Copen, the former revenue director at Resorts Atlantic City and  associate director of global gaming accounts and Duetto, identifies how the expansion of gaming in the region is shaping the gaming industry. He brings up a few important points that business owners and consumers should consider.

Even though customers aren’t spending as much money during each casino visit, they are coming to casinos more often. As casinos expand all over the country and in specific regions, there will likely be more customers spending about $200 each casino trip, but these customers will visit a casino several times a year.

Casinos are competing with the “shared wallet” which means consumers are spending their money on several different things when they visit a town that is known for gambling. This often means that customers are spending their vacation funds at three or four other competitors. Since more casino and gaming operators are coming into the market, casinos have to come up with new and creative ways to appeal to consumers, so they can get all the entertainment they need in one place.

Guests Need More Rewards They Can Use

Copen says that casinos are not placing enough value on the hotel rooms on their property and are focusing too much on the casinos. It’s important to include more rewards discounts for customers so that their overall stay will be pleasant. This could motivate patrons to visit the casinos more often, since they’ll be getting rewards and discounts for staying at a casino site regularly. Adding more amenities like spa that offers relaxing services or a children’s area so that children can be entertained while their parents gamble can also make a casino resort more attractive.

The gambling industry has consumers that give their discretionary income to gaming businesses. They are giving significant income to the actual casino as well as connected amenities like restaurants. The patrons may not be taking seats at the restaurants since they want to get back to gaming, but they are ordering more expensive menu items. However, the mix of consumers that spend more money each time they visit a casino is lower than before. Even so, the ones who are spending money are spending significantly more. If you’re appealing to locals who may want to come to your casino, Copen says it’s best not to offer a hotel room to the guest if the patron has never stayed at the hotel. This is largely because high rollers know that a steak dinner and free hotel room are offered at virtually any hotel. Putting certain rules in place is also common for hotel facilities, like consumers getting paid 3-2 on blackjack instead of 6-5 if they are also staying at the hotel.

Social Gaming Could Be a Game Changer

Since virtually everyone brings their phone into the casino. Copen says don’t make patrons put their phone away. Encouraging patrons to engage in mobile wagers and participate in social gaming could make the casino more attractive. One major example of this is Wynn Players Club at Encore, which has a social area where people can place bets at digital tables. This appeals to the modern gamer and will help casinos transition into games that are social based on today’s gaming standards.