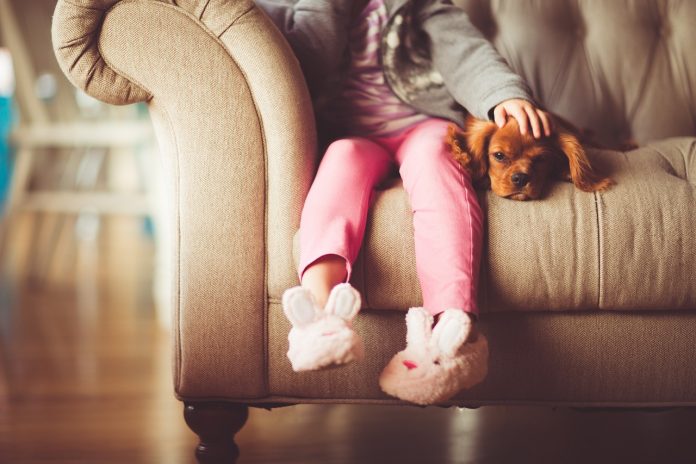 Who hasn’t dreamed of having an exotic pet at some time? If you’ve ever admired the monkeys and tigers at the zoo and wished you had one at home, you’d be in good company with many of today’s biggest celebrities. The difference is they go out there and buy one! You’ll be amazed at some of the big names who have some truly unusual famous pets.

Justin Bieber and His Monkey 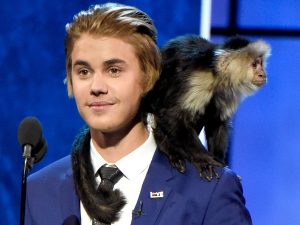 Back in 2013, Justin Bieber was given a rather unusual birthday gift in the form of Mally, a Capuchin monkey. Unfortunately, he couldn’t bring his new friend out of the country since the stringent laws around exotic animals meant that poor Mally was taken by customs officers. Bieber never produced the required paperwork to take his furry friend home, so now Mally is living in Copenhagen in Serengeti Park.

Mike Tyson and His Bengal Tigers 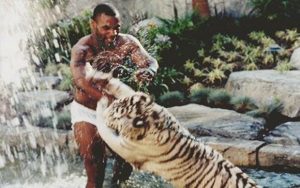 As you might expect, a boxing legend like Mike Tyson has a thing for big and powerful animals. His famous cats weren’t any ordinary felines – oh no! Before he became bankrupt in 2003, he had three Bengal tigers as pets, which reportedly cost him up to $300,000. He also spent around $4,000 every month on feeding and caring for them! Now, the former boxer raises and trains more than 300 pigeons in Phoenix.

Melanie Griffith and Her Big Cat

Back in 1971, Melanie Griffith was part of a movie about big cats that her parents were making. As part of the movie, Neil, a 400-pound male lion came to live with them in their home so they could learn more about the species, and was even filmed sleeping in the bed next to Melanie!

George Clooney and Max the Pig 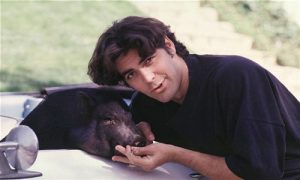 George Clooney may be one of the world’s most handsome men, but his taste in pets is a little less attractive. The heartthrob had a rather unusual pet for 18 years – Max, the pot-bellied pig. Although Clooney purchased Max as a gift for his one-time girlfriend, Kelly Preston, he must have really loved him; he even slept with the pig in his bed! Clooney made no secret of his love for Max, going so far as to tell CBS News that his porcine friend had been funny and smart. When Max passed away, Clooney even joked that his longest relationship had been with his pig. He loved Max so much the pig could wander freely around the set when he was filming, and he was even taken on John Travolta’s private jet. Clooney even reportedly turned down the French model Celine Balitran when she issued an ultimatum that it was either Max or her! 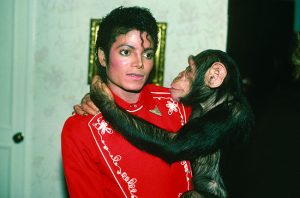 One of the best-known celebrities to have an exotic taste in pets was Michael Jackson, whose relationship with his pet chimpanzee, Bubbles, was well-documented in the press. Bubbles made numerous appearances in public with his owner and was known to sleep in a crib in Jackson’s bedroom. Bubbles even once had tea with the mayor of Osaka, Japan. Nowadays, Bubbles lives in Florida in an animal sanctuary.

Hugh Hefner and His Mansion Zoo

Not content with having his own collection of bunnies, Hugh Hefner turned the grounds of his Playboy Mansion into a zoo. One of America’s only residential properties to have a zoo license, the mansion is home to an exotic collection of creatures, including more than 100 types of bird, amphibians, reptiles, and three kinds of monkey, as well as some more standard animals, such as cats and dogs. 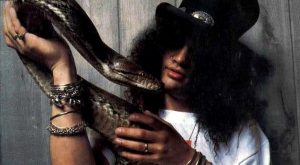 Slash and His Snakes

One-time guitarist for rock band Guns N’ Roses, Slash has never made a secret of his love of reptiles. He is the proud owner of several Burmese Pythons and helped with the launch of the Bob Irwin Wildlife Conservation Foundation.

Leonardo DiCaprio and the 45-pound Tortoise

Leonardo DiCaprio may be best known for his big-name movies, such as “Inception” and “Titanic.” However, he has a lesser-known passion for reptiles. When the actor was attending the North American Reptile Breeders Conference and Trade Show in California in 2010, he decided to buy a 7-year-old, 45-pound African spurred tortoise for the princely sum of $400. 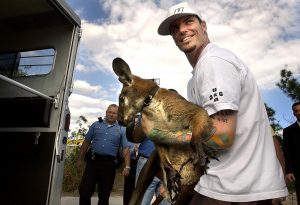 Vanilla Ice and His Wallaroo Escapee

Vanilla Ice (or, to call him his real name, Robert Matthew Van Winkle) was once the owner of Bucky, a pet wallaroo, as well as Pancho, a goat. The unusual pair escaped from the singer’s grandmother-in-law’s house in Florida after Vanilla Ice’s kids forgot to properly shut the gate, and the result was a $220 fine.

Although at first glance, actress Reese Witherspoon’s taste in pets may be ordinary, with her famous dogs, chocolate Labrador, Hank, her bull terrier, Lou Ann, and her French bulldog, Pepper, take a closer look and you’ll see everything is not all it seems. She also owns a couple of donkeys called Honky and Tonky! She calls the pair her badonkadonks, and, in 2010, her neighbors even complained about how noisy they were at night! The actress also has a pony, two pigs, three goats, and no less than 20 chickens!

Kristen Stewart and the Wolves

Perhaps she was inspired by her appearances in the “Twilight” movie series, or perhaps she’s always had an affinity with wolves. But, whatever the case, the actress has her own collection of wolf-hybrids at home. Lola, Tommy, Lily, and Jack are her constant companions, and she makes no secret of her love for them, telling US Weekly that they’re big, loyal, licensed, legal, and socialized.

Tyga and his … Tiger 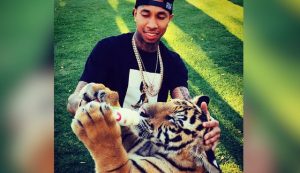 As you might expect from his name, Tyga the rapper had a fascination with these big cats. He owned one, named Maverick, for a while. He used to take photos of him and post them on social media. However, when he was threatened with criminal charges for owning the exotic creature, poor Maverick had to go to live at the Lions, Tigers & Bears rescue group in California.

Kirstie Alley and Her Lemurs

Actress Kirstie Alley has a taste for exotic pets, with her own collection of 14 ring-tailed lemurs. However, just in case she doesn’t have time to care for them, she makes sure her pets are well cared for by employing their own full-time caretakers.

Actress Tori Spelling has always loved animals and has a collection of unusual creatures. One is Coco, her Silkie chicken, who often appears with the actress on her social media posts. She has also recently added a miniature pig to her collection and named it Nutmeg. 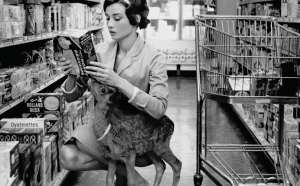 The late star may have had doe eyes, but she also had a love for a real-life deer. Pippin, the fawn, who was her co-star on the “Green Mansions” movie ended up being her pet for life after its trainer suggested she take it home during filming to bond with it. Hepburn was often seen out and about with Pippin and was photographed in her local grocery store with her cute friend nibbling at her blouse.

With so many bizarre and exotic pets in the houses of celebrities, your own fixation with dogs and cats probably doesn’t seem so weird!