When it comes to innovation within the automotive industry, Tesla is, without a doubt, a leader. It has shown the older automobile companies a new way to approach the car-buying public.

Many believe the automobile industry would still have created everything that Tesla has if the company hadn’t existed. However, it is undeniable that the company is solely responsible for nudging the industry toward more innovation.

The company is significantly younger than the other players in the industry. However, Tesla has driven the automotive industry in a direction that has only ever been seen in sci-fi movies.

Brief History of The Company 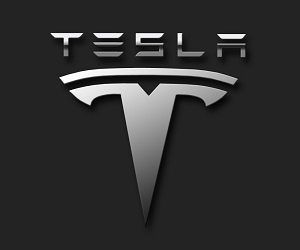 Founded in 2003, Tesla is an automotive company based in California. Its creators, Martin Eberhard and Marc Tarpenning, were forward-thinking engineers who dedicated their lives to making emission-conscious electric vehicles. These two men were able to prove that electric cars are better for the environment. They are also fun to drive and quicker compared with their gasoline counterparts.

In 2008, Elon Musk took over as CEO and product architect for the company.

Reason Why Eberhard and Tarpenning Founded the Company

Eberhard and Tarpenning’s original goal for the company was to create electric vehicles. However, now its goal is to completely reboot how the automotive industry designs, manufactures, markets, and sells automotive products. These advances have made a significant impact. And, even the traditional automakers are starting to take notice.

Tesla has made so much impact because it presents itself as more than just a company spitting out automotive products. It is more than a car company. It is an experience.

How Tesla Has Affected the Automotive Industry

Tesla has been responsible for shifting the narrative in the automotive industry. This is the narrative that says consumers just purchase one product and nothing else. Tesla has made consumers believe in its automobiles in such a way they do more than just buy a car. In this aspect, it has been compared to other companies, such as Apple and Google. Their consumers believe in the experience and legacy beyond the products the companies sell.

It has shifted the sense of urgency in the automotive industry when it comes to innovation. Since Tesla began marketing its innovative electric cars, it has managed to jolt more companies into innovative action. This is apparent in the number of automotive companies that have begun to invest more in electric vehicles. They have also produced innovative ideas for their vehicles.

This urgency has also been seen in the race to develop the most innovative self-driving vehicle. The role of Tesla in this has been obvious. It has shown how it can incorporate autopilot technology into modern cars.

An autopilot feature allows a vehicle to safely maintain its position within a lane. It also allows the car to maintain a safe distance from other vehicles under certain circumstances. Since Tesla introduced this technology, any vehicle launched by any company now has this technology included in it.

Tesla has established itself as a trendsetter in both its high-minded ideas, as well as its simple ones. In some instances, the automotive company has come up with ideas that have been spot on with what consumers want. This is something its competitors have not been able to do.

One such instance is when it unveiled the Model S. This car was not only environmentally friendly and pollution-free, it was also chic and stylish. Its design was a concept that the car-buying public had not seen from other automotive companies. Through the Model S, Tesla showed that even electric cars could be fun and exciting while being environmentally conscious. This car forced luxury sports car brands, such as Ferrari and Aston Martin, to take notice of this new player.

Another trendsetting feature that the automotive industry can thank Tesla for is the introduction of touchscreens. These screens replace the knob and instrument clusters in contemporary vehicles. Other automotive companies have taken up this feature. Most feature touchscreens that grow in size as the company launches every new vehicle.

The introduction and growth of the Internet have completely overhauled the way we accomplish some of our tasks. In the past, when you wanted to buy something, you had to travel somewhere to get it. Now, you can get the item with just a click of a button on a website And, you can do this without leaving your home. Even banking has been made easier because of the Internet. You are no longer required to wait in long lines at the bank to take care of your business.

Despite all these other services going online, the car buying experience is still outdated. You are still required to make the trip to the dealership and endure the long and tedious sales routine. This was until Tesla came up with its direct-to-consumer sales model.

Through this model, Tesla has completely removed the middleman. And, the buyer can purchase a vehicle directly from the manufacturer.

Tesla only uses quality Panasonic cells. The company dedicates itself to continually improving its battery packs and chemistries. Also, by scaling up its production, Tesla has been able to offer its batteries more cheaply than its competitors.

➢ Its extensive supercharger network — Tesla seems to understand the consumers’ need for a charging station that is not only easily accessible but also fast. Most manufacturers of electric vehicles have found it challenging to provide a network of convenient supercharging stations. However, Tesla faced the challenge head on and provided the perfect solution. Its competitors have not duplicated it yet.

➢ Software — Since Tesla entered the industry, there have been more cars that have additional computerized elements as part of their features. Tesla has established itself as the industry leader when it comes to software development for vehicles.

It is important to note how the company rolled out a system to provide updates over the air. These updates allow the company to make changes to the car’s systems in the same way we update our smartphones. Tesla has even made it possible to recall a vehicle virtually. It is also steadily moving the automotive industry toward the next phase of innovation and computerization.

➢ Great customer service — One aspect of Tesla’s business model is its approach to its customers. Tesla has built a reputation of being more customer-centered than profit-centered.