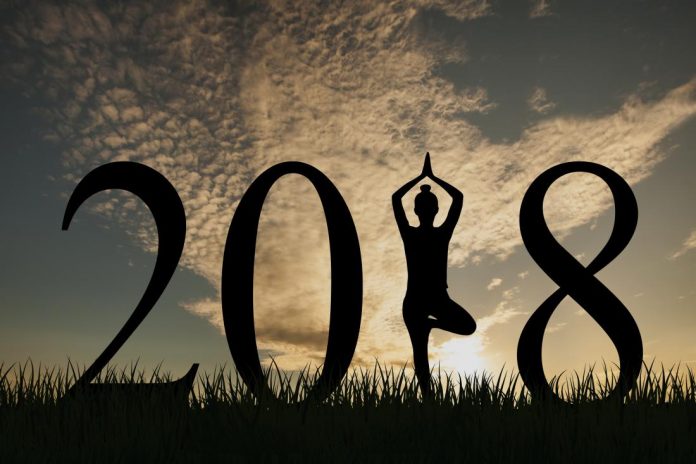 The year is already more than half over, and people are looking at the trends and fads that this year has brought. While some trends have been popular — Did you see that Ironman jet suit? — other trends have not been as popular, and need to go the way of dial-up internet. Take a look at some of the trends that should stay in 2018, even as the year turns to 2019.

Tide Pods were originally designed to throw into new washing machines that use less water to wash clothes more efficiently. However, the brightly colored pods became tempting for children, and there were articles in the news about children who thought the Tide Pods were candy, ate them, and were poisoned. Teenagers took the Tide Pods and began to challenge each other to eat them, and filmed themselves doing so. This resulted in a lot of teenagers foaming at the mouth. The videos quickly went viral and resulted in hundreds of calls to poison control centers in the first half of 2018. The Tide Pod challenge appears to have died down, and, hopefully, this is one trend that will not reappear in 2019. Interestingly, the Tide Pod trend has inspired types of food that look like Tide Pods. But, at least, they are not poisonous.

People seem to want to document everything on Instagram, which means they want to color their food beautifully to display for their family and friends. However, when people artificially color every food they eat just to display it, such as colored butter on toast with sprinkles, the result seems to be some bad tasting food and a colored tongue. Other coloring trends with food appear to be coloring food that is normally one color a different color to display and eat it on Instagram.

Glitter used to be used to decorate children’s art projects, or to sprinkle fairy dust on children for a birthday party. However, recently, all kinds of glitter – large pieces, small pieces, and medium-sized pieces in many different shapes and colors of the rainbow — have been showing up all over the Internet in glitter parties at bars and restaurants, as well as videos of glitter runs and glitter bombs at weddings. While all this glittering seems to be fun and exciting, in reality, the glitter is toxic for children who swallow it. It is also toxic to the environment. Glitter is made of plastic, and, therefore, is not biodegradable, which means it ends up in landfills and oceans all over the world. This trend needs to end by the time the glittering on New Year’s Eve is over.

Another recent Internet trend that has made an appearance over the last few years has been to shame animals or people. Lots of posts have been found on Facebook, Twitter, and Instagram of dog owners hanging signs on their dogs, saying what they’ve done, photographing them, and posting the pictures. The dog shaming has also been joined by parents who are shaming their children on Facebook, Twitter, Instagram, and Snapchat. Parents film their children doing what young children often do – smear makeup, jump on beds and throw their food— and then post it. Older children have turned the tide, and are shaming their parents on social media as well. They take pictures while they are sleeping, or while they aren’t looking their best. All this shaming seems like it should be funny but it’s getting old.

There are trends, especially in web design, that need to disappear in 2019. First, the annoying carousel of pictures at the top of a website. Many people don’t like them, and research shows that less than 1 percent of the web-surfing public actually clicks on the pictures to begin with. Second, there has been lots of traffic on the Internet around annoying pop-up ads. While the first generation of web software was able to target and eliminate pop-ups from websites people were surfing, developers got creative and decided to make pop-ups appear and disappear quickly. This guaranteed pop-ups were all over social media. Pop-ups used to be silent, but now, they pop up and start playing music if someone opens an article, which can be really annoying if people are reading in the workplace or some other place of business. While developers are working on fixes for all these annoying pop-up ads, it appears some form of pop-up ad is here to stay for a while.

In addition, web designers are opting for cleaner and clearer pages going into 2019. Website pages have become increasingly cluttered and overblown with art and all types of media. Often, web pages will have moving images, videos, music the consumer can’t turn off, and other busy-eye features, such as bright or clashing colors, and heavy use of mixed patterns. The web designs that have been winning awards, however, are those web designs that are simple, with eye-pleasing colors and lots of white space. Since minimalism appears to be becoming more popular, let’s hope the crazy-colored websites go away for 2019.

If you’re looking for things to phase out for the coming year, there’s a nice list above. However, there are some interesting trends to look out for in 2019. Traditional national ads are on the way out to be replaced by more targeted, personal ads directed at specific groups who might be interested in a product. The public has increasingly run away from the old ways of advertising in favor of new, more personal ads. Also, advertising is going to become more creative, and marketing will continue to push the envelope because it takes creativity to capture your attention. Perhaps, the most surprising upcoming trends are a return to sincerity, helpfulness, and authenticity in relationships with others. Research has shown people are growing tired of the automation and artificialness of the past few years, and are yearning for interactions that are more personal. People want to shop and do business locally with people they know. It would make sense, then, for businesses to increase their customer responses, personal touches, and authenticity to set themselves apart from the competition. While customers are also looking for speed in service, it appears that knowing what customers want and delivering it to them is vitally important. Perhaps, in 2019, while big businesses continue to churn up enormous volumes of merchandise and customers, small businesses will learn how to thrive in their niches.