Home » USA Online Casino Blog » Would Casinos Be More Popular if You Could Smoke Inside? 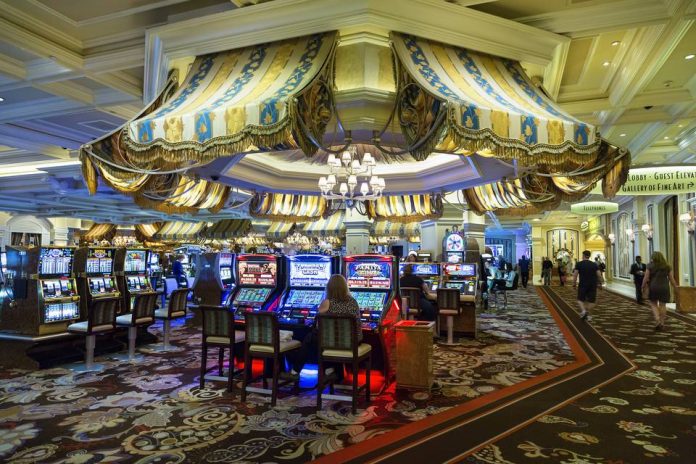 You are sitting at your favorite casino and enjoying a great game of Texas Hold ’Em. Suddenly, someone sitting next to you distracts you. This person is smoking a huge cigar. You start to cough and lose your concentration. So, you decide to fold.

This is irritating for you because you don’t want to be around cigarette or cigar smoke. There are also people sitting at a poker table in a different casino who want to light up their cigarettes. Instead, the casino tells them they can’t smoke inside. The question is, are people more inclined to sit in a casino if it allows people to smoke? Or, would they rather the casinos be smoke-free?

The Facts on Cigarettes 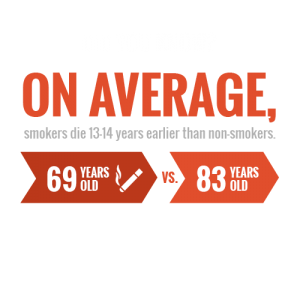 Cigarettes are a problem in the United States. In fact, according to the CDC, cigarette smoking remains the leading cause of preventable death in the U.S. Nearly a half-million people die of the effects of cigarette smoking each year. About 34 million Americans currently smoke. However, that number is declining. The percent of Americans over 45 who smoke is 24 percent. However, only 10 percent of Americans who are 18 to 24 years old smoke. The CDC reported that, over the next 20 years, the number of people who smoke will continue to decline. On the other hand, it expects the number of people who vape to increase during the same amount of time. That’s because many people who used to smoke have switched to vaping. Also, more young adults are vaping rather than smoking. 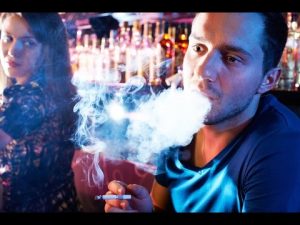 Las Vegas is the largest casino town in the United States. More than 42 million people visit Las Vegas each year to gamble. In fact, Nevada casinos contribute more than $60 billion to the state’s economy. Tourism is far and away the state’s leading industry. Las Vegas has marketed itself as a place where people can smoke, drink, gamble, party, and live a little wildly. For that reason, it’s no surprise that Vegas is one place where smokers are welcome to light up nearly everywhere.

In much of Nevada, smoking is illegal. Nevada passed the Clean Indoor Air Act in 2006. However, while most states the clean air law outlines where people can’t smoke, Nevada’s law is different. Its law outlines where people can smoke. People can smoke in casinos, specifically where they do not allow minors. This means that gamblers can smoke inside the casino because minors aren’t allowed in gambling spaces. They aren’t allowed to gamble. The law also allows smoking in most bars and taverns. Strip clubs and brothels also allow smoking. Many convention centers in Nevada also allow smoking in selected areas. All these relate to the tourism industry and the sheer amount of tourism dollars spent in the state.

How Many Vegas Gamblers Smoke?

Many casinos estimate the percentage of people who smoke and gamble in Sin City is as much as 70 percent. The actual number of smokers found in research studies is much lower, however. Researchers say this number is around 20 percent. This is a little above the national average, but nowhere near the 70 percent that the casinos predicted. Researchers also found that casinos outside Las Vegas, which are smaller and more rural, had higher numbers of smokers. The studies found that about 36 percent of casino gamblers who play in small casinos smoke. The reason is simple. The majority of people who gamble in Vegas are not from Vegas but are visiting from other states. The majority of people gambling in the rest of the state are usually from Nevada. Also, people from small towns smoke more than city dwellers.

What About Gambling in Other States? Do Nonsmoking Laws Affect Them?

In some cases, casinos in states where people can smoke decided for themselves to ban smoking. The Nugget Casino in Fernley, Nev., is the only nonsmoking casino in the state. The Casino Club in the Greenbrier Hotel in White Sulphur Springs, W. Va., is also completely nonsmoking. The corporations that own these casinos have nonsmoking policies.

Do People Gamble More in Casinos Where They Can Smoke?

In a word, yes. Researchers have noted that people gamble more when they can smoke. Some research studies believe that as gamblers gamble and smoke, they get into a self-induced trance. In other words, they are “in the zone.” This is especially true if a gambler gets on a hot streak and is reluctant to leave the gaming floor. Researchers found when a smoking gambler has to leave the floor to smoke, he or she just leaves the casino.

However, there are other research studies that note the difficulty nonsmoking gamblers have in casinos where players can smoke In fact, when nonsmoking gamblers encounter a casino where they can smoke, they often choose not to go in. Researchers think this might be because the gambler no longer smokes, and the smell of smoke might be too tempting. Another reason is there are some gamblers who are allergic to smoke, or they have lung disease. Lung diseases, such as asthma, make it difficult for gamblers to breathe in a smoke-filled environment.

What Should Casinos Do?

It is difficult for casinos across the country to know what to do. There are millions of customers at their casinos who enjoy smoking. And, they want to gamble and smoke at the same time. However, other casino customers do not smoke and don’t want to be around people who do. Casinos have a hard time deciding which course to take — smoking or nonsmoking?

In some cases, state law prohibits casinos from allowing people to smoke. Some state laws prohibit smoking altogether. Other states allow businesses to make decisions for themselves. There are casinos in both the U.S. and Europe that have smoking and nonsmoking gambling floors. This allows people to choose which floor to gamble on, and the casinos enjoy the best of both worlds.

Other casinos allow people to smoke in the high-roller areas, or in their poker rooms. They get around the legislation because they allow the areas to be members-only. In some states, this means they allow people to gamble and smoke at the same time.

If you are a gambler, and smoking (or nonsmoking) is important to you, there are things you can do. You can check your favorite casino’s policy on smoking before you go. You might also want to look at vaping laws. In some states, smoking is illegal, but vaping is not. You might be able to vape and gamble at the same time. If your favorite casino is a nonsmoking one, and you like to smoke, you may want to puff a bit before you go in. Your nicotine habit could be an effective timer for you. It could let you know when it’s time to leave before you blow your entire bankroll at the craps table.