When it comes to taking a relaxed approach towards their gambling laws, Arizona is a state pushing their casino network to new heights. Currently, there are 20 land-based establishments scattered around the state, and now lawmakers are considering the prospect of constructing a new casino in the city of Tucson.

There are already 3 casino facilities in the southern area of Arizona. Now one of the state’s band of Native Americans (the Pascua Yaqui tribe), wants to see if they can carry out their own casino operations in the area.

Rumor has it that tribal leaders are working closely with state officials to build a new casino on 14.3 acres of land near West Grant Road and Interstate 10. The land is already rightfully owned by the tribe, and they recently put forward a detailed proposal which would see a hotel, shopping center, and housing development as additions to the casino project. A small area of the land would also be allocated for both ceremonial purposes and cultural use.

Albert Elias is the assistant city manager, who said that the Pascua Yaqui tribe has been sitting on these plans for a few months, and has been pushing for a new casino in the state since there were first talks of Bill 1158 earlier in the year.

The bill would see the legalization of sports betting in Arizona, with the Native American tribes having exclusive rights to accept wagers; however, it is still being considered by the state’s Senate and unlikely to become fully regulated until 2020.

Elias cited how city officials are looking forward to hearing more about the plans and the effects on the community. Further discussions will take place at a meeting held by the City Council on Tuesday.

“There won’t be a vote, but an opportunity to learn more,” said Elias. “From a land-use point of view, it’s a great location and a very valuable piece of real estate.” 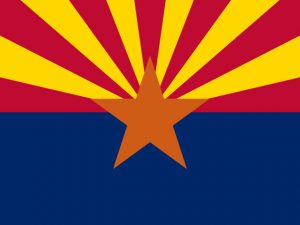 Since the Indian Gaming Regulatory Act was passed to permit Native Americans to operate classes of casino games in 1988, Arizona has been one of the states which has taken on a far more liberal stance towards gambling than others. Initially, every casino was owned and operated by a tribe. These days, there are a growing number of commercial entities (such as Caesars Entertainment) who have also setup base here.

In recent years, Arizona has also shown an inclination to step into the sports betting industry. In January, Republican Sen. Sonny Borrelli put forward Bill 1158, which would see the state give the Native American tribes exclusive rights to sports betting.

The bill has faced a lot of resistance since it was first presented to the Senate Public Commerce Committee; with discussions postponed on 2 occasions due to mixed views and opposing arguments from 3 of the state’s tribes.

“They think it should be negotiated in the (state’s gaming) compact, which is furthest from the truth,” said Borrelli in a statement. “It has to be done legislatively. They’re trying to hijack this issue to strengthen their own position, which weakens the position of the smaller tribes. I have a lot of small tribes in my district and I’m not going to be bullied by anybody.” 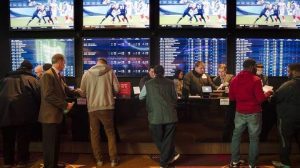 8 states have already introduced sports betting, and 31 are in the process of deciding whether or not to introduce it to their own gambling landscape. If Arizona were to rule out sports betting, it would generate a substantial amount of income for the economy.

According to the Department of Law and Public Safety, New Jersey, which was one of the states to legalize sports betting last year, saw a single revenue stream of $21.2 million for November, and almost $2.5 million collected in taxes.

Analysts at Wells Gaming Research, a gaming and analytics company, have said that they predict Arizona would take between $20 and $30 million in a year if they were to legalize sports betting. These figures were based on figures taken from Nevada’s data.