Whether you’re new to gambling or have been gaming for years, you’ve likely heard about Indian casinos. These facilities don’t work exactly the same as the casinos that are in other popular locations, such as Vegas. Learning about these casinos and their regulations is beneficial for several reasons. The regulations associated with Indian casinos can help you play safely and properly claim any money you win.

The Start of Indian Casinos 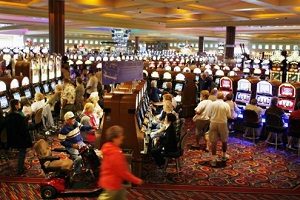 A few years later, Indian casinos started growing in popularity, which led to more court decisions. Because of the Cabazon Decision in 1987, the Supreme Court made a new ruling. Gambling games that are legal in a state with a reservation can’t regulate reservation activities. This means that other casinos and authorities can’t prohibit gambling on an Indian reservation. The rule applies as long as the state has approved the games.

This Supreme Court ruling brought about the Indian Gaming Regulatory Act (IGRA). This act, which went into effect in 1988, requires that reservations confer with their state gaming organizations before offering games against the house. These games include blackjack and slots. There are several states that don’t want to negotiate these terms. When this is the case, the Secretary of the Interior works out a separate deal. The deal is always in the best interest of the Indian tribe.

What Do Indian Gaming Regulations Mean for You?

Some people want to visit Indian casinos if they are vacationing near or on a reservation. There are often different types of games at reservation casinos that can’t be found in other places. This is largely because of the Indian Gaming Regulatory Act. The regulation provides legal backing for the effective operation of reservation casinos. The act also recognizes that gaming is a significant means of revenue generation for Indian tribes. So, it encourages tribes to engage in economic development to protect the casinos from negative factors, such as organized crime. This law also places casino games into three categories (Classes I, II, and III). There is a different regulatory scheme for each gaming class. 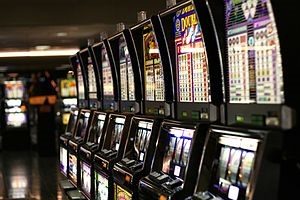 Class I includes games that are traditionally played in American Indian casinos. The games could be part of tribal celebrations, as well as ceremonies and social games. The prizes for these activities are minimal. Each Indian tribe controls its games privately. Class I games do not have to follow IGRA guidelines.

Class II games are activities, such as bingo and nonbanked card games. This category describes games of chance and includes pull-tab games. Electronic games of chance, however, are not  Class II games. Tribes have the freedom to regulate games that are Class II. However, the National Indian Gaming Commission must oversee them.

Class III games are casino-style games. These include many of the games that you’ll see in most casinos. Table games, poker and video poker, and slots fall into this classification. A number of standards have to be met for Indian tribes to have on-reservation Class III gambling. The tribe has to negotiate with the state and give the state a portion of Class III gaming profits.

One of the largest casinos in the world is the Foxwoods Resort and Casino in Connecticut. The   Mashantucket Pequot Tribe runs it. There are more than 380 gaming tables at the facility and about 6,200 slot machines. The casino also covers about 4.7 million square feet. Needless to say, the casino is a significant source of revenue for the state of Connecticut. Foxwoods Resort and Casino pays 25 percent of its slot revenue to the state. As long as the casino pays the percentage, it can continue to have slot machines on the property.

Mohegan Sun is the second largest casino in the country. The Mohegan tribe operates the casino, and the facility is not too far from Foxwoods. Mohegan Sun has the biggest planetarium dome in the world. The Mohegan Sun casino in Pennsylvania is the home of the state’s first slot machine casino, which opened in 2006. The previous year, Mohegan Sun bought the Pocono Downs race track, which is another significant source of revenue.

There are also casinos that are known as tribal casinos. These establishments are not always run by an Indian tribe. In most cases, a management company runs the tribal casinos. For instance, Harrah’s runs North Carolina’s Cherokee Casino. Harrah’s also manages the Prairie Band Casino, located in Kansas, and Arizona’s Ak-Chin Casino. A company in South Africa, in partnership with the Mohegan tribe, manages the Mohegan Sun.

Where Do the Profits Go?

The casinos used the money that they make for tribal, charitable or governmental purposes. The revenue is state, local, and federal tax-exempt. However, there are a few exceptions. When the revenue is split down the middle and given directly to the members of a tribe, the government gets a cut. State taxes are also part of casino agreements for larger facilities.

In the 1990s, the Coeur D’Alene tribe, located in Idaho, started an online National Indian Lottery. This was an innovative idea, especially for the time. However, there were a number of lawsuits filed against the tribe. There were disputes about where people could gamble as a result of using the site. In 1998, the tribe shut down the National Indian Lottery. About a decade later, the Coeur D’Alene tribe started a similar online lottery.

Technology, accessibility, and novelty are all factors that make reservation gambling appealing. Gaming at an Indian facility is likely one that tourists and gamblers will not soon forget. This will likely lead to even more profits for these facilities in the future.

Dsclaimer: All images are copyright to their respective owners and are used by USA Online Casino for informational purposes only.