There has been a lot of talk about the trade war between the United States and China in the last six months. The U.S. and Chinese governments continue to hurl threats at each other. They also continue to issue tariffs on goods from both countries.

One concern both countries have, however, is whether the Chinese tariffs will eventually harm the casino industry in Macau. This could spell trouble for both China and the United States.

The Area of Macau 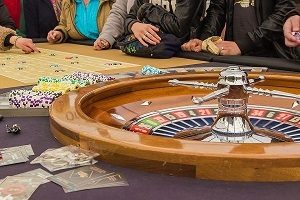 China only allows gambling in one area, and that area is Macau. The self-governed territory is the biggest and most lucrative gambling market in the world. It does three times the revenue of Las Vegas, which is its next closest competitor. In 2017, Macau’s revenue topped $38 billion. That is huge when compared with the haul made in Las Vegas (about $11 million). However, over the last two or three years, Macau has not been as lucrative as it once was. This is largely because of the Chinese government. In late 2016, the Chinese government declared a crackdown on money laundering, graft, and corruption at the casinos in Macau. The crackdown was the result of corruption complaints.

The relationship that the government and businesses have in Macau is significant. There is also a cozy relationship between gamers and the casinos. High rollers, who usually account for 60 percent of Macau’s revenue, have stayed away for the last few years. The VIP gamers typically do not like publicity and want to gamble in private. Second, the government has stated that government officials can no longer entertain business clients at the casinos in Macau. The government believes it smacks of impropriety. All this has led to a stagnation of casino revenue. This is increasingly worrisome to Chinese and American businesspeople who either own casinos or own stocks in casinos there.

There are currently 41 casinos in Macau. Companies with headquarters in the United States own 38 of the 41 casinos. The company that owns the largest number of casinos is SJM. Better known as the Smucker’s Co., the maker of jams and jellies, SJM owns 20 casinos. The Galaxy Co. owns six casinos. The Las Vegas Sands owns five casinos. Melco owns four, Wynn Resorts owns two, and MGM Resorts has one. The sheer number of casinos owned by American companies means they will see a huge drop in their profit margins. This is especially true if the Chinese government decides to crack down on gaming in Macau.

The Problem for China

However, the U.S. companies are not the only ones that stand to lose a large amount of money. The lion’s share of the revenue comes to China from the Macau casinos. At present, China suffers from an economic slowdown, which experts have said is, in part, because of its slowing economy.

The tariffs imposed by the United States have begun to seriously affect the Chinese economy as well. The United States can afford to trade with other nations because China is not its largest trading partner. But, China needs the United States to buy its products. In fact, China has far more to lose than the United States in terms of the tariffs and trade. It would appear China won’t shoot itself in the foot by deciding to close down a huge source of revenue. So, it seems that Macau, as well as its casinos, will be safe for a while. It is the one area where China and the United States have a relationship that is mutually beneficial.