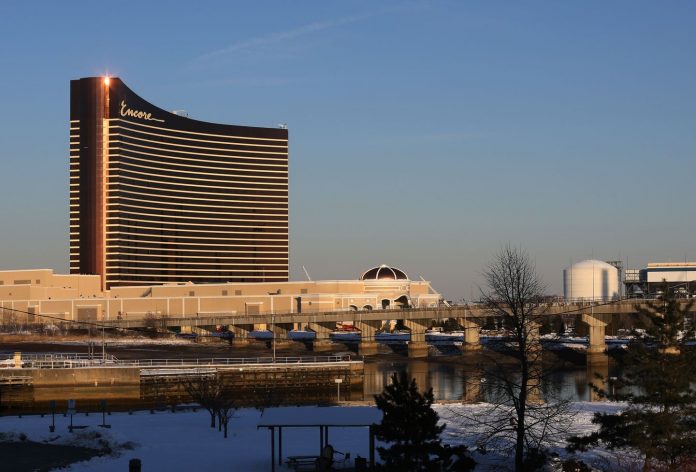 Despite a $35 million penalty issued by the Massachusetts Gaming Commission last week, Wynn Resorts will finally open the brand-new Encore casino in Boston Harbor from June 23.

Currently, the casino is in its final phase of construction which will see it open for business next month as initially planned. The facility’s operators, Wynn Resorts have faced much scrutiny over their failure to report years of sexual misconduct allegations directed at former CEO Steve Wynn.

However, after multiple court cases, an additional fine from the Nevada Gaming Commission, a new company CEO who also faced a fine, as well as stricter policies and training measures now in place – the casino giant has been permitted to keep their gaming license for the region, and are hopeful it will act as a turning point for their future objectives.

By the end of May, the $2.6 billion project site will be home to more than 3,000 newly installed gaming machines, multiple gaming tables, 15 unique restaurants, oyster bar, craft beer garden, casino floor and buffet, a 27-storey hotel, large convention area and several in-progress attractions which are expected to be complete by June 1.

Head of Wynn Resorts’ design and construction arm, Peter Campot said in an interview how “We’re essentially on schedule and we expect to be in very good shape by the first of June. All of the slot machines are on the floor now and I think all of them are installed and we’re also installing gaming tables throughout. So if you walk through the facility right now it actually looks like a casino, which is pretty neat.”

With approximately 8 million guests expected to visit the casino each year, a meeting was held on Monday this week to outline the agenda for various subjects, including a $70 million traffic control system for the area; improvements made to roadways and a new shuttle service, as well as other development and economic topics.

“It’s hard to say you think of everything, but we put a lot of effort into making sure that we could have as good of a situation as possible,” said Encore President Robert DeSalvio. “We know it’s going to be extremely busy,” He added.

Though operations appear to be well underway and running smoothly, behind the scenes commission members are still having to consider whether or not to grant Wynn an extended alcohol license service. Encore officials have requested that the casino floor can continue to serve active players alcoholic beverages until 4am; 2 hours later than what is permitted. As the commission approved a similar move for MGM last year, there should be no reason to decline the request.

The casino has already hired 930 employees to begin work from June 1. Many of them are currently undergoing training, and once Encore Boston reaches its peak – the workforce should total around 5,500.

During the casino’s opening day, the operators have been said to hire 100 police officers to man the surrounding areas, including 84 troops from the State Police, 12 Everett officers, 13 from Boston, 8 from Medford, and 13 from the transit police. U.S Coast Guards and Everett PD will also patrol the waterways and work with the local transportation departments to make sure signaling issues from Alford Street Bridge run as smoothly as possible.

President of Encore Boston Harbor, Bob DeSalvio, said that public safety and traffic plans had been one of the topics high up on the priority list since the original proposal was initiated, he said “I’m a little more than five years into the project and this was probably the number one topic we had at all of our public meetings, so I wanted to stay close to this one personally.”

The commission are also awaiting Wynn’s decision on whether or not they will pay the $35 million penalty issued last week. Though it is not known what state this would leave their new casino in should they refuse to pay up in the next 30 days, a spokesperson did say they are still deciding on whether to appeal through the courts.