Formula One, the most popular sports car racing organization in Europe, has announced a sponsorship with Interregional Sports Group (ISG). The partnership will allow gamers to place bets during a race using an in-play feature. Because the commercial rights holder with F1 Racing is an American, there’s speculation in-game betting might also come to America. If it does, it may come through the Indy circuit and NASCAR.

History of Formula One Racing

Formula One racing began with the Grand Prix Motor Racing circuit in the 1920s. The formula idea was a set of rules all participants in the circuit’s cars had to follow. After World War II, the Grand Prix circuit changed its name to Formula One. The Formula One (F1) brand has really blossomed since Bernie Ecclestone purchased it in 1974. The racing teams are worth billions. 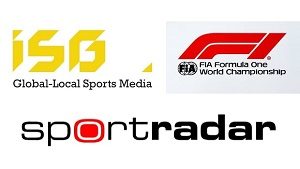 According to the deal, ISG pays at least $100 million over five years. In addition, ISG can also sublicense betting partnerships to other betting brands all over the world. Formula One races take place not only in Europe but in several other locations worldwide. The betting will include logos on the cars, graphics on screens, and signs on tracks. In addition, gaming logos have the option of being placed on Formula One’s digital and social media platforms.

The company is also working to develop deals with gambling entities to allow gamers to place bets before the race begins. It will allow them to place live in-game bets as well. In-game betting is one of the latest innovations in sportsbooks. Gamers have been clamoring for in-game betting options for years, especially since online sportsbooks have been gaining in popularity.

There have been some concerns about the integrity of in-game betting. One reason for the concern is the recent integrity problem in tennis. There are also the investigations of rugby and soccer teams in Europe, South Africa, and Australia. ISG has hired an integrity service agency, Sportradar. Sportradar has worked with other leagues to look for suspicious betting patterns before and during an event. Sportradar has stated it’ll use the data it has gathered from races all over the world to predict betting patterns. The company already has deals in place with other major sports around the world. These sports include soccer, rugby, tennis, and golf. In the U.S., Sportradar partners with the National Football League, the National Hockey League, and NASCAR for data and integrity services. And, the company is in discussion with other American sports leagues as well.

ISG has said that as gambling matures, partnerships between data companies and sponsorship companies are becoming more commonplace. This is especially true as states begin to legalize sports gaming in the United States. The changing gaming market makes it possible to incorporate technology with the game to give gamblers a unique experience. Formula One’s new handlers, Liberty Media, said offering multimedia opportunities is going to take gaming and racing into the future.

Formula One holds 21 races around the world in Africa, Europe, Asia, and North America. The organization has been successful in pitching its new idea in Europe and some locations in the United States. However, there are still locations where gaming is not legal. For example, many areas of the Middle East prohibit gambling, because Islam, the predominant faith, forbids it. However, the partnership could bring many gaming opportunities to wagerers. With the integrity agency Sportradar in place, the partnership hopes it can offer gamers a great experience. It wants to assure them that they can gamble safely without worrying about illegal betting or corruption.