At one time, people considered the Philippines to be the next gambling paradise in Asia. It is relatively close to gaming markets that restrict gambling, including the countries of Cambodia and Vietnam. The countries in Southeast Asia are full of traditional gamblers who love to gamble and have no place to do it. At first, Filipino President Rodrigo Duterte embraced the gaming industry. However, now, he has continued to crack down on gambling interests in the country. Duterte has shut down revenue streams that could help create jobs and infrastructure in his impoverished nation.

It should come as no surprise that Duterte is a hardliner. Before successfully running for president, he was the mayor of Davao City for 22 years. He worked constantly to rid his city of crime and corruption. He said it was rife in the city. Duterte campaigned on the platform of being tough on crime and government corruption. The only way the country can move forward, he said, is if corruption is gone. Duterte has said there is a connection between crime, drugs, and corruption. When you remove these forces, he believes, the country will continue to grow and prosper.

The Problem in the Philippines 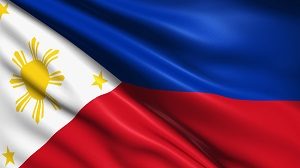 The Philippines has had persistent poverty for the last 50 years. Research has noted there are several reasons for the poverty within the nation. First, the country has not experienced the same economic growth as other areas of Southeast Asia. The Philippines has a higher rate of childbirth than other countries in the area. In addition, the country has higher income inequality. Wealthy people who own businesses in the country do not share the wealth with their employees. Income disparities have persisted for the last half-century. In addition, the country has had rampant natural disasters, such as earthquakes and typhoons.

Gambling in the Philippines has been a part of the Filipino landscape for more than 500 years. Many Filipinos play a variety of games, including cards and billiards. The country has legal casinos, lotteries, sweepstakes, and horse races, and thousands of illegal gambling enterprises, both online and offline. 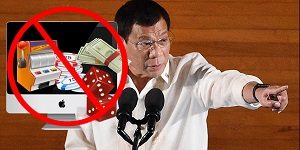 Duterte began his war on gaming at the end of 2017. While he has consistently declared gambling leads to corruption, he did not do anything until the beginning of 2018. He announced a moratorium on all new gaming licenses and construction of casino resorts in the country. In addition, Duterte has said he doesn’t want new gaming licenses because he wants to stop the proliferation of gambling.

This created a problem for two gambling resorts. These resorts had already received licenses by the Philippine gaming regulators and had started to construct their facilities. Duterte said he wanted the construction on the casinos halted. He also wanted construction on any other gambling institutions stopped. In addition, he refused to allow regulators to issue any more permits.  The shutting down of the two projects underlines the problem in the Philippines. First, the Philippines wants to encourage foreign investment in the country. Both of the investors in the new gaming casinos were from China. China has the largest economy in Asia. This is a country the Philippines has said it wants to receive additional investments from. However, with this cancellation, it is unclear whether China will continue to invest in the Philippines.

If the Philippines doesn’t receive any investments, it’s possible it won’t come out of the poverty-stricken state it is in. While Duterte said gambling leads to corruption, it also brings jobs and revenue into a country that sorely needs both.