One of the biggest concerns of both on-site and mobile gamers is the emergence of virtual reality (VR). It is becoming a player in the gaming world, both in gambling itself and in eSports. There is also the concern that virtual reality will create sports betting opportunities. Industry experts expect the VR gaming market to grow to 54 percent by 2022. They also predict it will reach a value of $27 billion by the end of that year. However, many marketers are still unsure of the impact VR will have on gaming in general. 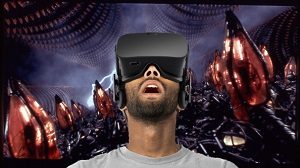 The idea of virtual reality is it creates an environment that is artificially constructed for the players of its games. It is a computer technology that can project physical spaces and multiple environments for players to experience. A person uses a headset to participate in a virtual reality situation. VR can also create a holographic image that will represent the gamer in the virtual world, which can be real or imaginary.

Many mobile phones, smartphones, and tablets are now being manufactured with chips that allow the devices to use virtual reality. VR has been used in the workplace to increase the productivity of workflow and workplace operations. With the new technology comes issues, however. The growth of the equipment and applications has limited the users’ interactions with virtual reality. This, in turn, has affected the growth of the market. However, the technology has begun to meet the demand of the consumers for something new and different. As more and more gamers connect to the market, the global market should soar as well.

The global market for VR has been segmented. The use of technology, how much an area will offer, and how many applications are available has divided it. Technology for VR ranges from no immersion to semi-immersion and full immersion. There are also different types of VR hardware. You can use VR glasses or VR masks.

In addition, the eSports market appears to be the wave of the future as far as sports betting goes. eSports are competitive video games played by teams. Usually, they are war games, such as Halo or Warcraft. Teams of three or four can play them. eSports have become extremely popular. Stadiums sell out during major tournaments. States that have legalized sports gaming are also considering allowing eSports gaming before and during the games.

In addition to North America, there is a market for eSports and VR in-game betting in Asia, specifically in India, China, and Japan. The largest market for VR gaming and in-game betting right now is in China. The country prohibits online gaming. But, people are still using VR to play and gamble. It appears VR in gaming is here to stay.