Mississippi’s casinos have been experiencing an uptick in business in the last few months. The casinos along the Gulf Coast and Mississippi River are enthusiastic about the amount of money customers spent in August. Most of it was on sports wagers. Sports gamers bet nearly $10 million between Aug. 1 and Labor Day in early September. This figure gives many casinos, as well as local businesses in the area, a reason to smile.

The Magnolia State was very quick to legalize sports gaming. The U.S. Supreme Court ruled in May that states could decide for themselves whether to allow sports gaming. New Jersey and Delaware acted quickly and had their sports-books up and running by the Fourth of July. Mississippi, on the other hand, took a little longer. Many of the casinos along the Gulf Coast and the Mississippi River began sports gambling Aug. 1. The Beau Rivage in Biloxi and the Gold Strike Casino in Tunica were the first casinos to offer sports gaming. Other casinos have decided to offer sports-books as well. 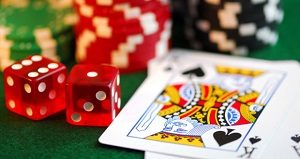 Gambling in the state is nothing new. Native Americans who have inhabited the region for centuries were very fond of gambling. They placed bets on games that resembled craps. Native Americans bet on sporting contests as well. The Creeks, Choctaws, and Chickasaws bet against the outcome of sporting games. The indigenous people could potentially lose their shirts, along with everything else they owned.

The Europeans who came to the area wagered on checkers, card games, and billiards. Card games were very popular, not just among the French colonists, but among the British and Spanish colonists as well. Horse racing also became popular by the early 19th century. Casino resorts, both on land, and via the Mississippi River, featured cockfighting, horse racing, card games, and billiards. People even bet on how fast the steamboats could go up and down the river.

When Prohibition became the law of the land, the Mississippi casinos moved offshore. Someone established a casino on an island and allowed the sale of liquor. A hurricane destroyed the island in the 1930s, but gambling moved back over to the gulf. It benefitted from the influx of soldiers before and after World War II.

However, the state outlawed casinos for a period of about 40 years beginning in the 1950s. That lasted until the 1990s. At that time, the state, hurting for money, decided to allow gaming along the Gulf Coast and the Mississippi River. 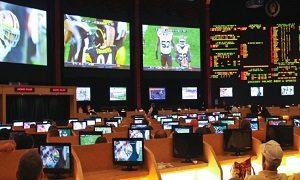 Just as in the past, Mississippi stands to benefit from sports gaming as it does from casino gaming. The state takes in hundreds of millions of dollars every year from gambling at casinos. Mississippi currently receives 12 percent in revenue through taxes on the gross revenue of every casino in the state. And, that includes sports gaming.

Currently, there are 20 sports-books operating across the state. So, the revenue from sports gaming can only continue to grow. This is especially true since the most popular sports gambled on, college and pro football, began in September. Two of the casinos, however, do not count toward the revenue totals for the Mississippi casinos. The Golden Moon Casino in Philadelphia and Bok Homa Casino in Sandersonville operate as tribal casino sports-books.

The Mississippi casinos have plans for the revenue. They will send the state of Mississippi money from their increase in sports gaming. The casinos also intend to make renovations to their facilities and attract top-flight entertainment. The upgrades to the facilities and better attractions will only bring more customers to the casinos.