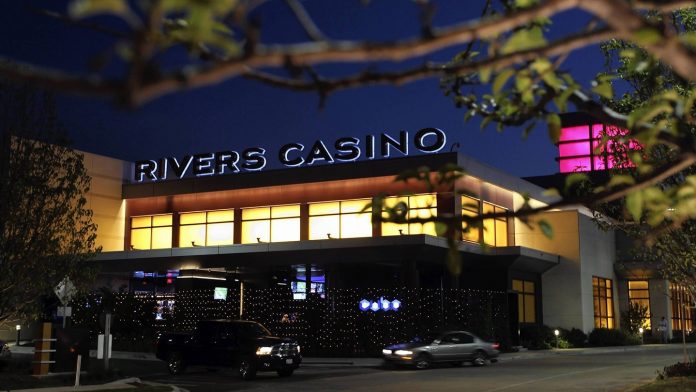 At a board meeting last Thursday, the Gaming Control Board granted the first out of the 6 new casino licenses that were sanctioned by the state and Gov. J.B Pritzker back in June. Rivers Casino in Des Plaines will now be able to branch its gambling operations further than the shallow pit of water where gaming is only permitted currently.

Located by the Tri-State Tollway, the riverboat has been situated there since they opened for business in 2011. And since launching almost a decade ago, they grew to become the biggest gross revenue generating casino in the entire state; producing over $400 million per annum.

Back in March, Rush Street Gaming sold 61% of its stake in the casino to Churchill Downs. The partnership for Rivers was 1 of 3 applicants for a new casino proposed in Waukegan. The Gaming Control Board also received another 4 applications for a gambling establishment in the south suburbs, as well as 4 separate applications for casinos in Danville, Rockford, Southern Illinois, and Williamson County.

Under the bill that was signed off by the governor and lawmakers in June, another 9 casino licenses are going to be handed out to the other existing riverboat casinos in the state. With the approval of the board, and subject to a $250,000 fee – these establishments will soon be able to shift their operations over to land as well. 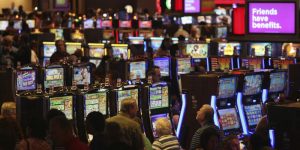 Rivers Casino currently houses 1,200 gaming machines. Under the agreement of the latest expansion bill, they’ve confirmed plans to invest more than $150m into the casino and increase the gaming positions number to the maximum number allowed in the bill: 2,000, according to the Chicago Tribune.

“We’re incrementally adding these games,” said casino spokesman Patrick Skarr. “By going land-based, we can reconfigure some of our existing footprint not above water, add these games and positions within that, and then move forward with our larger expansion program.”

The Riverboat Gambling Act was passed in 1990, and casinos were not only prohibited from operating on land, they were also forbidden from setting sail during gambling hours. Rivers was the 10th and the last to receive a license, at which point the seafaring obligations had become more liberal.

In addition to the casino licenses, the bill expansion will now see the state be able to operate racinos and sports betting at horse racing tracks. Another 6 licenses have been granted especially for these new venues, in a bid to reverse a statewide slump in revenue.

By the October 28 deadline, the board had already received 10 applications for 5 of the 6 gaming licenses. This doesn’t account for the proposed Chicago casino, where development plans have been delayed after a concerning 33.3% rise in gambling tax.

Also during the meeting on Thursday, the board announced how they will be opening up submissions for the state’s first ever legal sports betting venue next month. According to the bill, all of the gambling venues in the state can apply for a sports betting license subject to a $10m fee each. There will also be another 3 sports betting licenses offered out to online operators for a fee of $20m each.

Even though Rivers Casino just secured the gaming license for a land-based casino, they have already begun building a sports bar in Des Plaines, which will solely operate a sports book – providing the state approves.