On Thursday, the Native American Seminole Tribe of Florida cut more than just a ribbon for the opening bonanza of the Hard Rock Hotel & Casino Tampa.

Those in attendance got to witness the full shebang, including a guitar smashing derby, stunt performers, and a sold-out music concert from country star Keith Urban; husband to Hollywood actress Nicole Kidman.

“It was magical,” said Nik Wallenda, who walked a tight wire with his 66-year-old mother, Delilah. According to the stunt performers, they had only performed the tandem act a couple of times prior to their nail-biting showcase yesterday evening.

“My mom was six months pregnant with me walking the wire still,” he said, “so I’ve been walking with her longer than I’ve been alive.”

Mrs. Wallenda did say she is considering retiring before the performance on Thursday, but quickly changed her mind after completing the stunt. “Maybe not,” she said. Another walk by the time she turns 70 “looks good to me.”

Seminole’s Transformation Over the Years 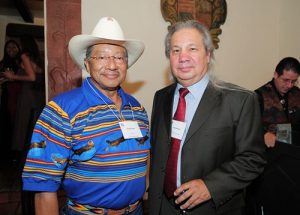 Celebrations of their recent success were quite a contrast to how the Seminoles began their journey into the gambling industry decades prior.

“We started off with a chickee and one alligator in a pen,” said Seminole Tribe vice chairman Mitchell Cypress, “and look where we’re at.”

Now, they are one of the most prolific gaming operators of casinos throughout the entire U.S., and are responsible for huge proportions of revenue; totaling around $6 billion per annum. The Hard Rock Tampa is estimated to generate around $1 billion a year alone, according to Hard Rock’s chairman and president, Jim Allen.

Hard Rock International employs over 45,000 people across the 256 properties they own globally; many of which are small cafes, stores and smaller casino establishments. According to their money books, Tampa casino is the highest profit generating venue out of all the casinos in North America, ranking 5th in the entire world.

Tampa’s expansion has been in in progress for almost 3 years, and required 2,000 construction workers to complete the plans. Another 2,000 positions were created to man the hotel in this time, taking their payroll up to almost 5,000 employees.

The Seminole tribe itself, has 4,263 members currently. They began their adventure into the gambling industry back in the 80s, which saw them build a 20,000-square-foot warehouse to host bingo games on their own reservation. Later, they added slot machines and poker tables to the classes of games they offer.

The Pioneers of Tribal Gaming 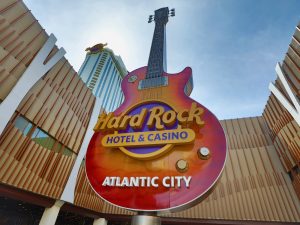 Many believe it was the Seminoles who truly brought Indian Gaming into fruition from that point onwards. In the year 2000, the tribe struck a deal with Hard Rock International, who were already facing financial hardship and struggling to keep their heads above water. Their casino promotions consisted of lawn chairs, lawnmowers and plastic bird baths as giveaway prizes at the time.

When Hard Rock approached them about the partnership, it was a big gamble for the tribe. But their leap of faith soon paid off, and with pockets full of more money than they knew what to do with – they went all in and brought Hard Rock for a whopping $965 million in 2006.

As of today, the Tampa casino features 245,000 square-feet of gaming space complete with 5,000 electronic slot machines, 200 tables for poker and blackjack games, a concert hall with a 1,800 seat capacity, as well as a 562-room hotel, spa and salon with 3 pools and pool deck, shopping complex, plus multiple eateries and restaurants.