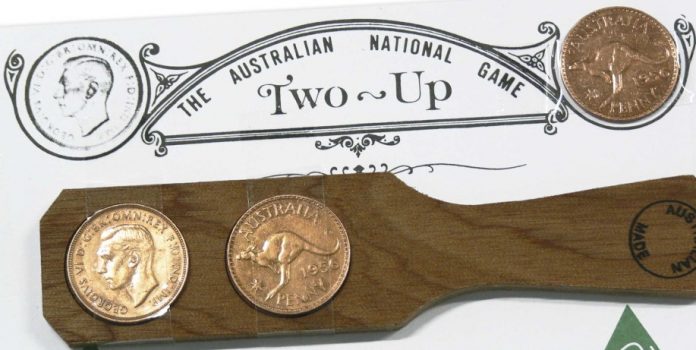 Australia has some pretty unorthodox rules when it comes to what’s legal and what isn’t throughout the country. In the Western parts, it’s a criminal offense to possess more than 50kg of potatoes at any one time; while on the Gold Coast, it’s illegal for women to wear bikinis if the material covers less than 6 inches of skin.

In other regions, police officials are legally authorized to arrest you if you are seen to be dressed up as Batman and Robin, while in Melbourne, anyone caught reading another person’s tarot cards can face prosecution for witchcraft.

Luckily, there aren’t many of these strange and bizarre laws when it comes to gambling in Australia, but they do have their rules when it comes to certain games. One of these is the country’s most proverbial coin toss game, Two-Up, which can only be legally played throughout bars and pubs on the 25th of April every year.

What is Two-Up and How Do You Play? 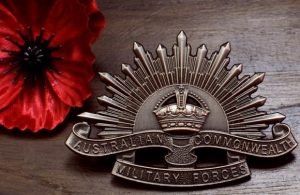 Two-Up is an annual pastime traditionally played in pubs throughout Australia on Anzac Day, a national memorial service for soldiers who died in national and global wars. The day is named after the Australian and New Zealand Army Corps (ANZAC).

The game involves allocating a “spinner” to throw a pair of coins/pennies into the air. The other player, as well as the spinner, then need to predict and place bets on which side the coins will land on, i.e. both heads up, one head and one tail (known as “Ewan”), or two tails. If the same two sides appear, that person wins. If the results are one of each, neither the spinner or player wins and both continue to the next round.

Two heads – the spinner wins the bet and spins again

As straightforward as Two-Up seems, people do take playing very seriously. In the official tournaments, you must be at least 18 to play and cash in on any bets. The traditional games also see the coins kept in a ceremonial piece of wood known as a “kip” with designated ring keepers (or boxers)  to manage the game’s progress and the wagers throughout the game. Below are some other terms and jargon you’re likely to hear when playing Two-Up:

Come in Spinner: When the ring keeper calls for the coins to be tossed

Heads: Both coins land on the same side with the heads facing up

Tails: Both coins land on the same side with the tails facing up

Odds: One coin displays tails and the other displays heads

Spinning: The motion of throwing the coins into the air

Barred: When a spinner is called out for not throwing the coins high enough 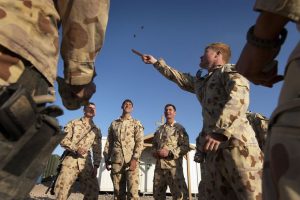 No one knows the true origins of the Two-Up game, but it’s believed to have gained traction in New South Wales around the late 1700s. At the turn of the 19th century, known as the “gold rush” era, the game had grown in popularity and spread throughout other parts of Australia. It also became popular with Australian soldiers, who would play the game to pass the time during WWII.

After they had returned from the line of duty, many continued to play the game at the point where gambling still had many gray areas. This is the very reason why the game became outlawed to play any time of year other than Anzac Day. The government also sanctioned that any proceeds made from the annual celebration should be donated to military charities that represent former ex-serviceman. It was also made illegal for venues to charge an entry fee or make any profit from hosting the games.

At the height of the game’s popularity, multiple “2-Up Schools” became established throughout parts of Australia. These schools managed to attract more players, but with this new attention also came more corruption. According to an old newspaper archive, police attempted to shut down multiple operations during the 1930s, including the legendary Thommo’s Two-Up School in Surrey Hills, Sydney.

The venue survived 4 decades of Two-Up action before finally closing its doors in 1979. It was later recorded as the first and longest-running illegal gambling establishment in Australian history.

The Explosion of Table Games

By 1950, most Australian gamblers had developed a keen interest in table games like blackjack, baccarat, and poker. The main appeal and reason for players flocking to these games is because they were already legal in casinos at this time, with each game offering much more in terms of variety and payout potential.

This eventually led to the illegal Two-Up games and venues becoming almost obsolete; however, there are still said to be a handful of Two-Up schools that target tourists in the Australian Outback today. It’s also possible to play the game at the Crown casino in Melbourne, the Crown Perth, as well as the Hobart Casino in Tasmania outside of Anzac Day.

The Best Places to Play Two-Up on Anzac Day 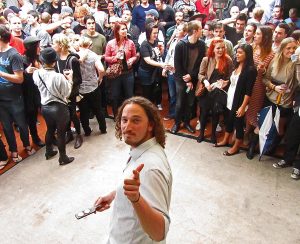 No matter where in Australia you’re celebrating Anzac Day, almost every other pub will be organizing a Two-Up tournament. You’ll also find it at most Returned Services League Clubs, along with sports halls and similar venues across Melbourne, Sydney, Gold Coast, Perth, and practically every other major city.

As it’s still classed as a form of gambling in Aus, be sure to gamble responsibly if you do play a few games of Two-Up. Don’t forget to rub your side of the coin for good luck while you’re at it!