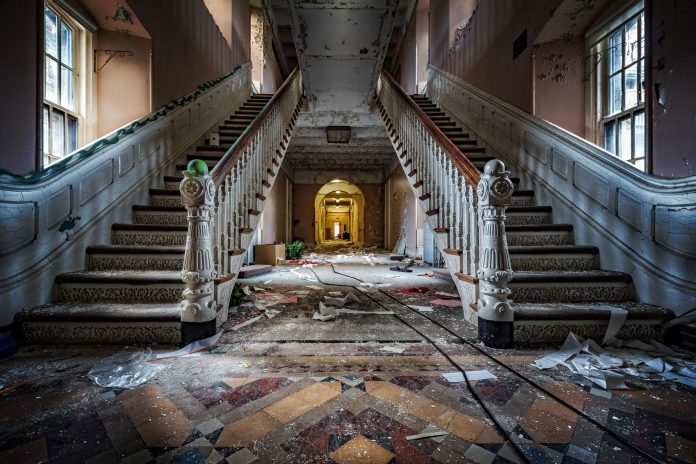 Atlantic City is perhaps one of the biggest gambling hotspots of the world. Not only is it home to a multitude of lavish hotels and casinos, the famous board walk, beaches, railroads, saltwater taffy and strip clubs – it is also home to some pretty unearthly history and urban legends! 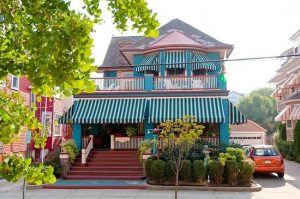 A young Irish girl who has been dubbed ‘Bridgette’ supposedly haunts the premises of Winward House. She is known to have a bold and devious side, often stealing jewelry from the guests that stay there before returning it to them some time later. The little phantom thief is most active inside the Wicker Room on the third floor of the property. The owners ask their guests to be vigilant with their valuables when booking a stay there. 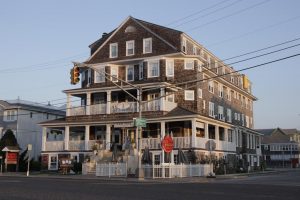 Hotel Macomber is known to have a more aggressive presence that haunts the rooms there. Guests have complained of hearing doors slamming in the middle of the night and objects moving around by an invisible force. Room number 10 is said to be the place where most of the paranormal activity takes place. 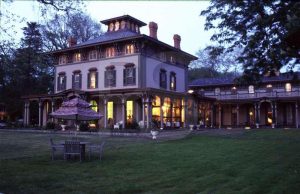 Inside the Southern Mansion resides the spirit of an old woman called ‘Esther.’ She has been known for wandering the hallways of the property and is constantly laughing, according to guests. The ghost of a soldier is also said to regularly storm through the walls, causing chaotic noises during the night. 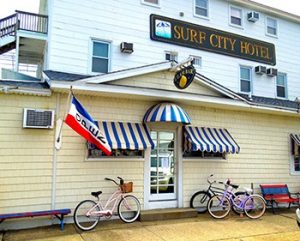 It sounds much more innocent than it actually looks. Despite the jolly name, the Surf City Hotel is one of the most haunted places in Atlantic City, and is renowned for a variety of paranormal disturbances over the years. One event in particular involved the Powhattan Shipwreck, where numerous lives were claimed. The bodies of the victims were stored at the hotel in the days following the devastation, and even now guests report hearing the sounds of lost souls wandering the hallways in the dead of night.

Not far from the main vicinity of Atlantic City is the Washington Inn. It’s reported to be a great place to stop by for a bite to eat, but something a bit more menacing resides at this white-house-style property. One guest took a photograph of her daughter sitting at one of the tables, and once it was developed, it revealed another young girl standing next to the woman’s own. Apparently, the little ghost girl’s name is Elizabeth, and although not much is known about her or why she haunts the Inn, she can often be heard calling out the names of the staff that work behind the bar. 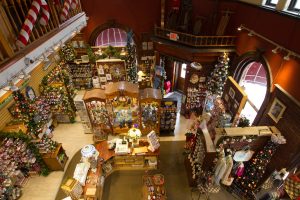 While this isn’t a Stephen King’s ‘Needful Things’ kind of gift shop but it does house some creepy activity, according to locals. When the house was first constructed in 1772, it was known as Hildreth House, and rumor has it that an old spinster by the name of ‘Hestor’ died in the property in 1949, but decided to stay inside the house even after her death. 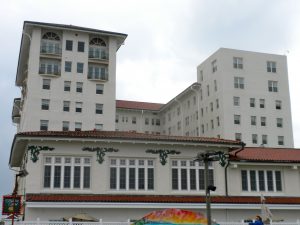 Also known as ‘The Jewel of the Southern Jersey Shore’, this hotel was initially built in 1923, and its name was inspired by the famous WW2 poem Flanders Fields. Inside the premises resides a spirit who goes by the name of Emily. People have claimed to see the ghost gliding through walls and mirrors on various occasions. A portrait of the young girl hangs on one of the walls inside the building, so people can see what she looked like when she was alive. 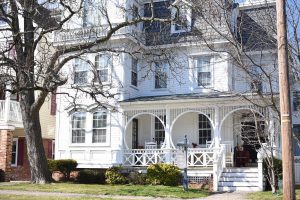 Even though many couples flock here for breaks and romantic getaways, the Ocean City mansion is not at all what it seems! This bed & breakfast is known for being one of the most haunted places in New Jersey. Not only can footsteps and sinister voices be heard in the corridors at night, but guests who have previously stayed in the honeymoon suite have claimed to witness objects and furniture being moved around as well. 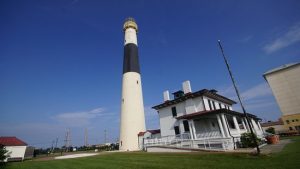 Like the Surf City Hotel, the Abescon Lighthouse was erected in 1857 after the Powhattan shipwreck that took the lives of 311 passengers and crew onboard. Even though it was deactivated in 1933, the light still operates every night, and one of the former lighthouse keepers has reported seeing the ‘Jersey Devil’ at the top of the tower on one particular night. Witnesses have also experienced hearing footsteps on the stairwell and doors opening and closing by themselves in the past. 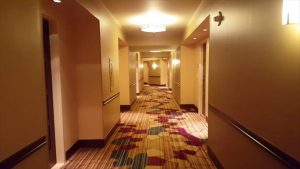 At the top of the list lies the world-famous Hard Rock Hotel & Casino. Even though it closed its doors in 2016 and reopened in June this year, a number of spirits still haunt the casino floor. One of them is believed to be a man who threw himself from the 10th floor many years ago. His ghost still haunts the corridors and many have reported he is more of the arrogant type than the spooky type. He allegedly has orange skin and wears a toupee!

The above are specific to Atlantic City, but if that’s not enough to satisfy your paranormal appetite, you could always head a few kilometers up the road and visit some of the state of New Jersey’s other supernatural hotspots such as the Greystone Psychiatric hospital, Shades of Death Road and The Devil’s Tree.

Greystone is an abandoned hospital located in Parispanny. It closed down in 1876, but to this day, remnants of the damned and insane can still be heard wailing throughout its ruins.

Snake Hill was also once home to an insane asylum, almshouse and penitentiary. It is also known as ‘Secaucus’ which translates into “the place where snakes hide”. Parents would threaten to leave their children there with the serpents if they misbehaved.

The Pine Barrens is a tranquil and beautiful place for many hikers, though some people have claimed to hear the sounds of trucks riding through there at night, despite no vehicles being around for miles!

Clinton Road is known for ghosts, witches, strange writings, flashing blue and white lights as well as mysterious chants. Nobody knows why such happenings take place here, but it is believed to be related to the old castle mansion nearby.

The Spy House has got its name for being one of the most haunted houses in America. Pirates supposedly buried their dead in the cellars here, and their ghosts are still said to cause disturbances on the lower floors.

Of course there are many more places you can visit, but New Jersey is considered one of the best places in the world for getting your fix of the unknown. Have you got any to add to the list?