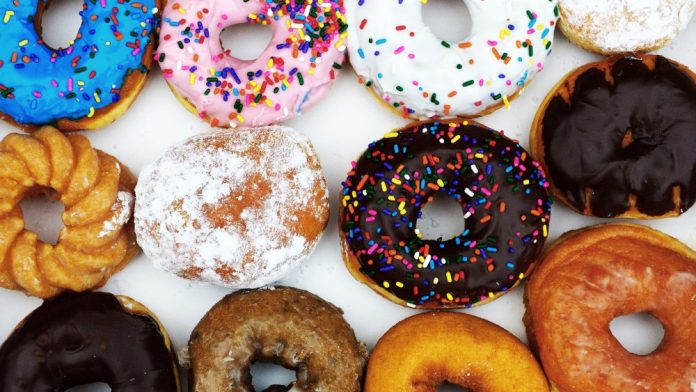 Dunkin’ Donuts dropped the Donuts in their name in 2018; now they are known as simply ‘Dunkin’. But they still proudly offer their signature donuts in all their sweet splendor. To dunk those tasty puppies in something hot, the Dunkin’ brand has been pushing their coffee products as well. 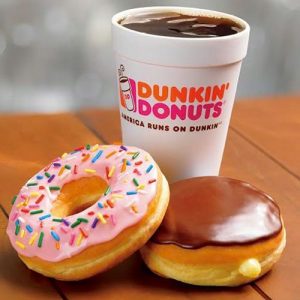 Coffee and donuts are one of those partnerships made in heaven, like pizza and beer, chips and dips, or mac and cheese. Now, visitors and Sin Citizens alike can enjoy coffee and donuts from the walk-up Dunkin’ windows, starting next month.

While visitors might expect to see high-end restaurants and celebrity chefs on the Strip, Dunkin’ offers fuel for fun on a budget. And after an all-night bender doing all the things that should stay in Vegas, the guts need fuel.

And Dunkin’ fits the bill. The chain has the resources to position itself in high profile areas like the Las Vegas Strip. Both Dunkin’ shops will open in the Linq, directly across from Caesars Palace. The Linq is owned by Caesars Entertainment.

The Dunkin’ franchisee NVGRE Group is leasing the two 800-sq-ft spaces in the Linq. One shop will be on the north side facing the Strip, the other Dunkin’ will face the south end of the Linq.

People fear change. Everybody moaned when the old dusty haunts of the 60s Rat Pack were imploded to make way for glitzy megaresorts in the 90s. The locals decried the changes to venues on the Strip after they went from dive to diva almost overnight.

However, if a Vegas local (Las Vegan or Sin Citizen) is living on the Las Vegas Strip, they are either: 1) rich, 2) hopeless gambling addicts, or 3) homeless in the tunnels under the Vegas streets.

The Las Vegas Strip exists mainly to service the millions of visitors usually flowing into Vegas nonstop. Locals usually live outside of the glitz and glamor in places like North Vegas or in suburban Summerlin. 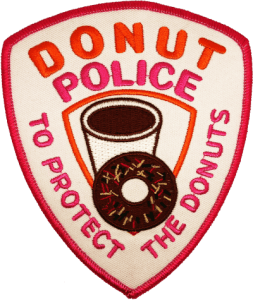 As for visitors, not everyone can afford to stay in the finest resorts and dine on lavish luxury. Las Vegas exists for people of all stripes to have a great time. There’s something for every budget in Las Vegas, and Dunkin’ fits the bill for a quick sugar and caffeine fix.

And then there’s the side benefit of Dunkin’: non-stop fuel for cops, for when things get out of hand on the Las Vegas Strip.